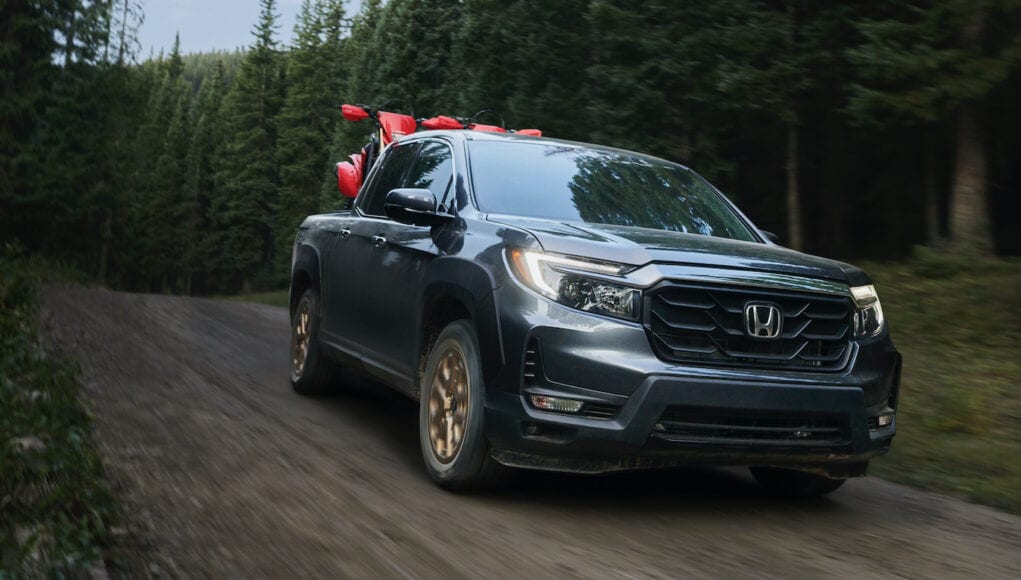 That new pricing is a big jump from the 2020 model, which started at $35,075, but the price increase is because Honda has decided to kill the cheaper front-wheel drive version. Comparing the AWD versions, the 2021 Ridgeline is only $350 more expensive now.

Everything from the A pillars forward has been redesigned, including a new hood, a more squared off face with a new grille and new front fenders. The Ridgeline also gets new brighter LED headlights. At the rear the biggest change is a new bumper with new twin exhaust outlets. The exterior of the 2021 Ridgeline is topped off with new “tougher looking” 18-inch wheels.

There’s also a new HPD Package ($2,800) that adds a unique grille, an HPD emblem, black fender flares, aggressive bronze-colored wheels, and special HPD graphics on the side of the bed.

Inside the audio system now has a physical volume knob and there’s wireless phone charging.

The Ridgeline is powered by a 3.5-liter V6 with 280 horsepower and 262 pound-feet of torque. All-wheel drive is now standard and the i-VTM4 system can send up. to 70 percent of the torque to the rear wheels.

The 2021 Honda Ridgeline goes on sale on February 2.