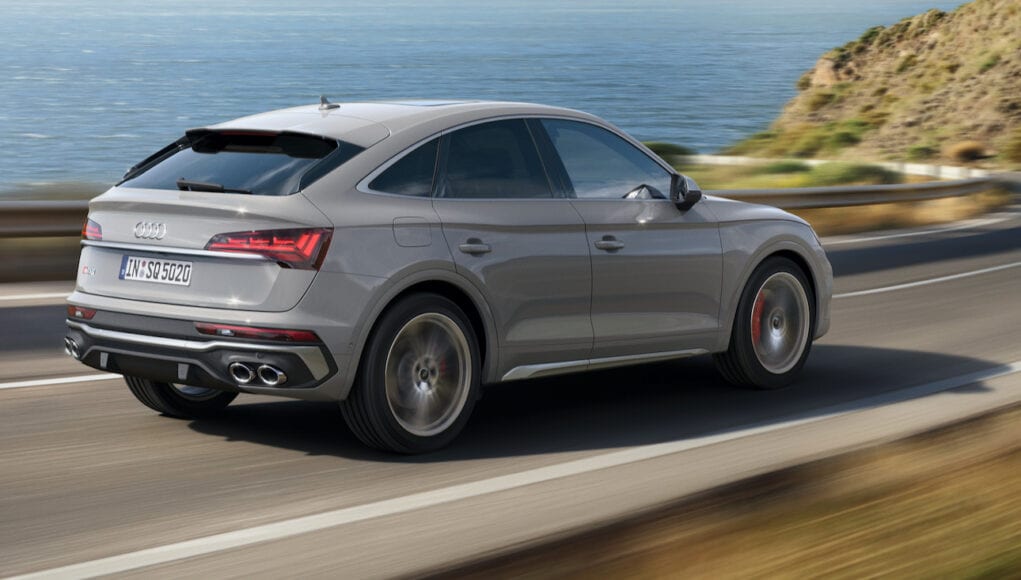 Audi has announced the pricing for the 2021 Q5 Sportback and SQ5 Sportback, which is Audi’s rival to other coupe-like crossovers, like the BMW X4 and Mercedes-Benz GLC Coupe.

The Q5 Sportback is powered by a turbocharged 2.0-liter four-cylinder engine with 261 horsepower and 273 pound-feet of torque that’s mated to a seven-speed dual-clutch transmission. Quattro all-wheel drive is standard. The Q5 Sportback can accelerate from 0-60 mph in 5.7 seconds.

If you want more power, the SQ5 Sportback is powered by a turbocharged 3.0-liter V6 with 349 hp and 369 lb-ft. that’s mated to an eight speed automatic transmission. The SQ5 Sportback can reach 60 mph in 4.7 seconds. The SQ5 Sportback also comes with adaptive dampers and can be equipped with an air suspension.

Both the Audi Q5 Sportback and SQ5 Sportback are offered in three trim levels: Premium, Premium Plus and Prestige.