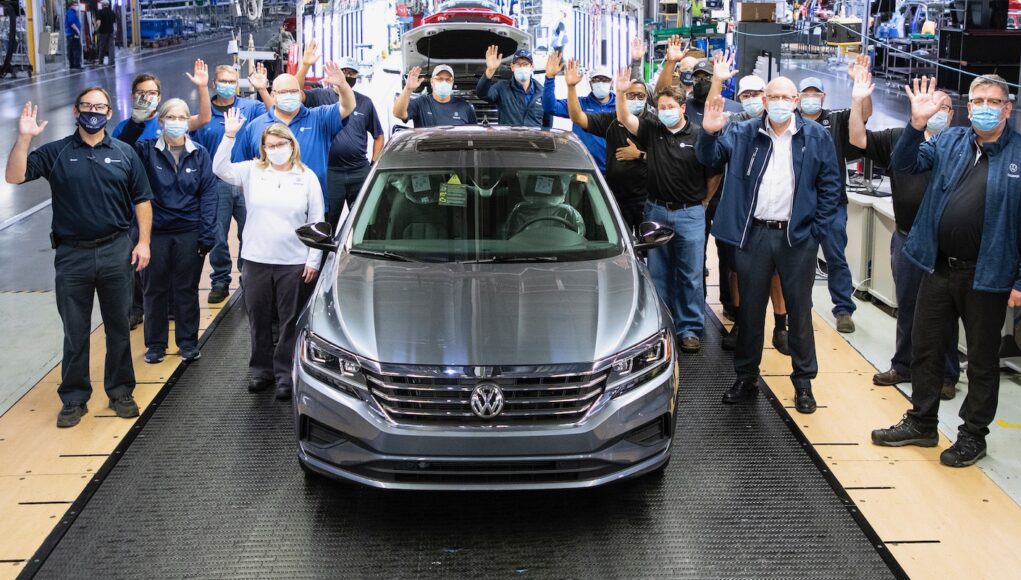 We all knew this day was coming. Production of the Volkswagen Passat ended in the US last month. This is the end of the road for the midsize sedan, which has been sold in the US for over four decades, under different nameplates, like Dasher and Quantum. In the US, more than 1.8 million Passat models have been sold since 1974.

The final VW Passat that was built at VW’s Chattanooga, Tennessee plant, was a gray Passat Limited Edition. The news about the death of the Passat in the US is not surprising, since sedan sales continue to decline in this country.