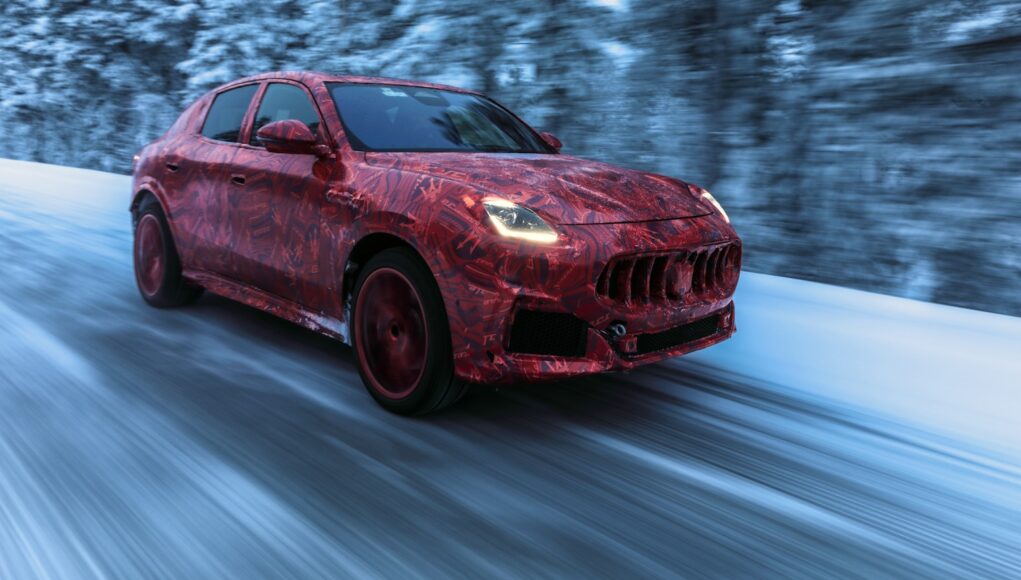 Maserati has released a new batch of teaser photos of its new Grecale SUV, which is going to debut this spring. The photos show a camouflaged Grecale undergoing winter testing in the Arctic Circle.

The Grecale is smaller than the Levante SUV, which will make it the perfect rival to the Porsche Macan, Genesis GV70 and BMW X3, just to name a few. At the front we can see that the Grecale will feature design cues from the rest of the Maserati lineup, inlcuding its big grille with vertical slats. The headlights also look similar to the MC20.

The Maserati Grecale will share its DNA with the Alfa Romeo Stelvio, so it will likely be powered by the same 2.0-liter turbocharged four-cylinder engine. A hotter Grecale Trofeo will also likely happen.