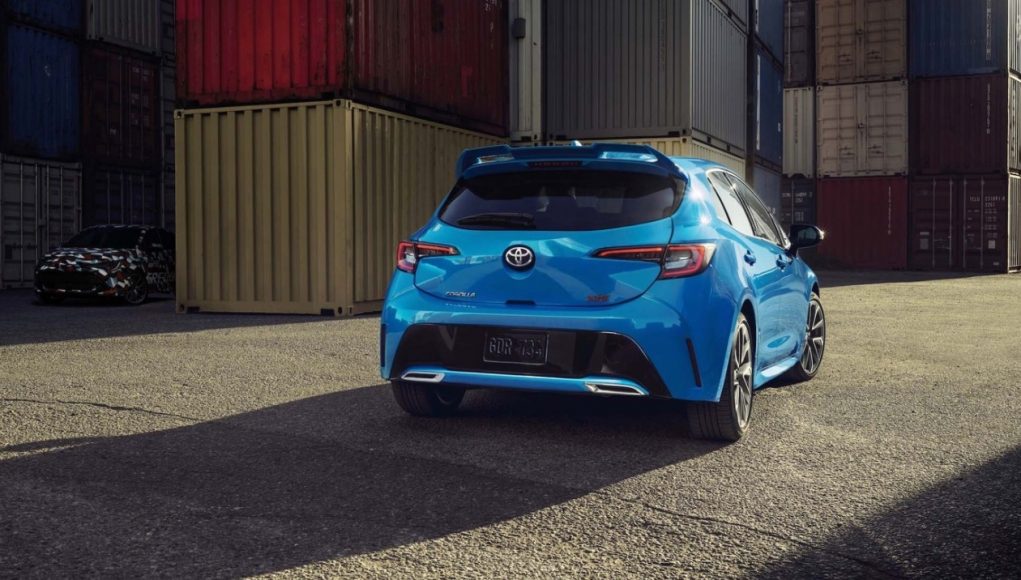 We’ve been waiting for Toyota to finally reveal the hotter version of the Corolla hatchback. Toyota has released a few teasers of the hot hatch, but now we have some more leaked details.

The Drive received some details from a source inside Toyota’s dealer network. The hot hatch was shown as a camouflaged prototype at a recent dealer meeting in Las Vegas. It will either be called the GR Corolla or the Corolla GR-Four, with the latter name getting its name from the all-wheel drive system. Under the hood it’s expected that the hot hatch will be powered by a 1.6-liter three-cylinder with somewhere around 300 horsepower, that’s mated to a six-speed manual transmission and AWD.

The GR Corolla will also reportedly get a “widebody look” with revised front and rear bumpers. The source claims that it will have three exhaust tips.

What we still don’t know is when the GR Corolla will arrive. The source wasn’t sure if it will arrive in the US by the end of the year.