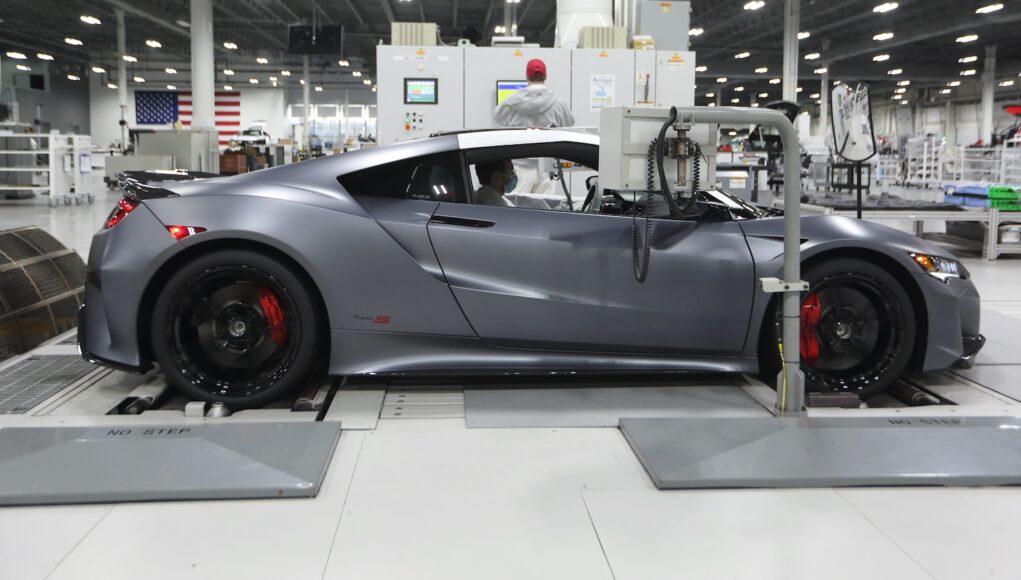 Sadly this is the Acura NSX’s final year and Acura has announced that it has started production of the 2022 NSX Type S at its Performance Manufacturing Center in Ohio. Acura will only build 350 units of the NSX Type S, which were all reserved shortly after it was unveiled last August.

“Today is an exciting day for PMC and Acura as we begin shipping the highly-desired NSX Type S supercar,” said PMC Division Lead Gail May. “Every associate here is committed to ensuring that each Type S we build, from VIN#001 all the way up to VIN#350, will be as perfect as the first second-generation NSX this team built in 2016.”

The first two NSX Type S models built at the PMC were painted in Gotham Gray matte paint finish. The NSX Type S is powered by an updated version of the twin-turbocharged V6 hybrid powertrain, which now generates 600 horsepower and 492 pound-feet of torque.

This probably isn’t the last of the NSX, since Acura recently revealed that a third-generation NSX could happen. No details were provided, but we wouldn’t be surprised if an all-electric NSX arrives one day in the not too distant future.