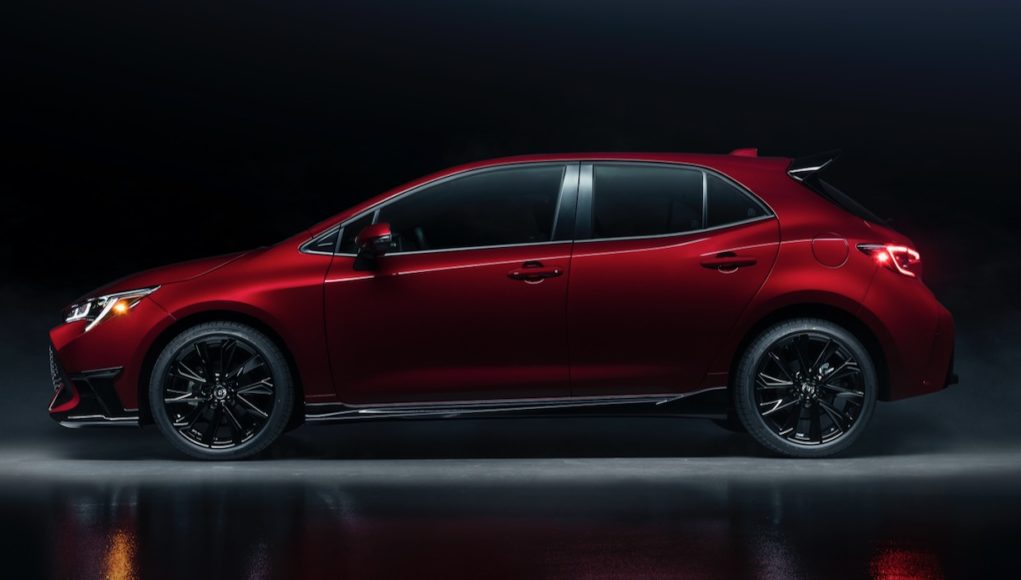 We’re eagerly awaiting the arrival of the Toyota Corolla hot hatch, which might be called the Corolla Sport GRMN. It’s been reported that it will be powered by the same turbocharged three-cylinder as the GR Yaris, but now we’re hearing some specs.

A new report from Japan’s Car Sensor claims that Toyota has set a goal of improving the performance of the three-cylinder engine to around 296 horsepower. The Corolla Sport GRMN will also reportedly get a six-speed manual with automatic rev matching and an all-wheel drive system with an adjustable torque split.

On the outside the Corolla Sport GRMN will stand out from the slower versions thanks to its more aggressive front bumper, wider fenders and a few other aerodynamic upgrades.