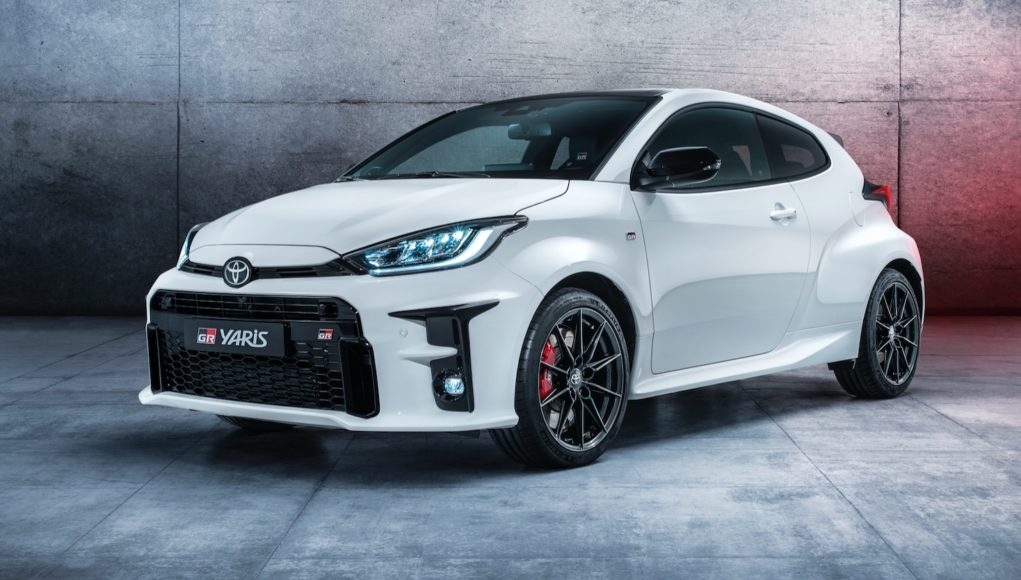 Forget all about the Mazda-based Toyota Yaris that we have here in the US, since Toyota has unveiled a way cooler Yaris – the 2021 Toyota GR Yaris. The GR Yaris not only proves that Toyota still knows how to make fun cars, but that this much fun can even come in such a small package.

The GR Yaris is powered by a new 1.6-liter turbocharged inline-three cylinder engine. That little tiny engine generates 268 horsepower and sends the power to all four wheels via a six-speed manual transmission. The all-wheel drive system can also send 100% of the torque to the rear or front wheels.

Even with all this power and fun, you might be wondering why Toyota decided to create the GR Yaris. Well it’s because of the World Rally Championship, which Toyota is going to use the GR Yaris to compete with thanks to Tommi Mäkinen Racing.

At only 2,822 pounds the GR Yaris is light and 0-62 mph only takes 5.5 seconds. Keep going and you’ll top out a top speed of 143 mph. To create the GR Yaris, Toyota also combined two of its GA-B and GA-C platforms.

Now for the bad news, Toyota has no plans to sell the GR Yaris in the US. Boo!