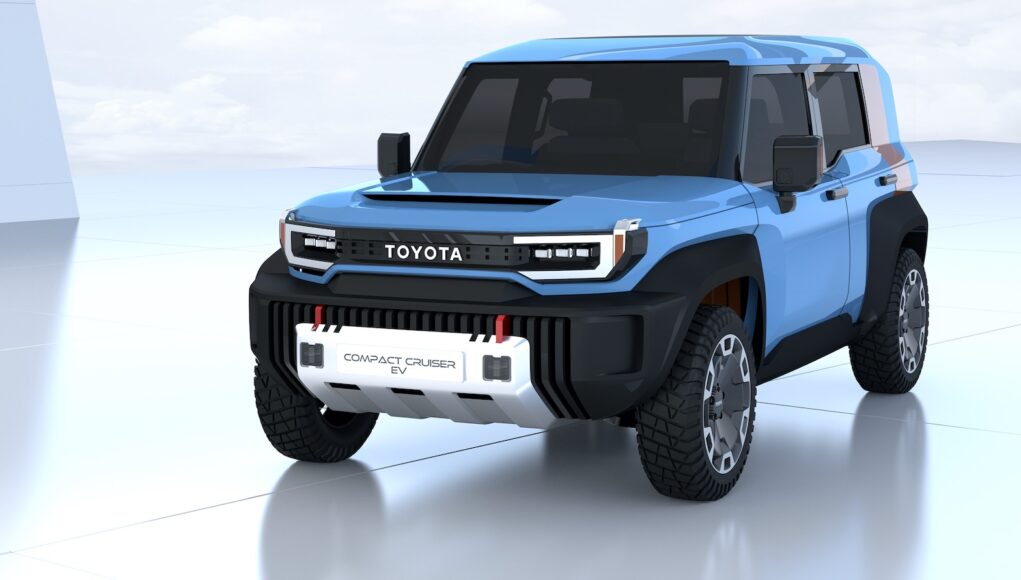 The Toyota FJ Cruiser left the US years ago, but it still has its fans. Well it looks like Toyota might be working on a new compact off-roader, which might be previewed by the new Compact Cruiser EV concept. The concept, if it enters production, would be a perfect electric rival to the Ford Bronco Sport.

Since Toyota has only stated that the new slew of concepts preview its future electrified lineup, we’ll have to wait and see if a production version of the Compact Cruiser is in the works. We hope Toyota builds it!