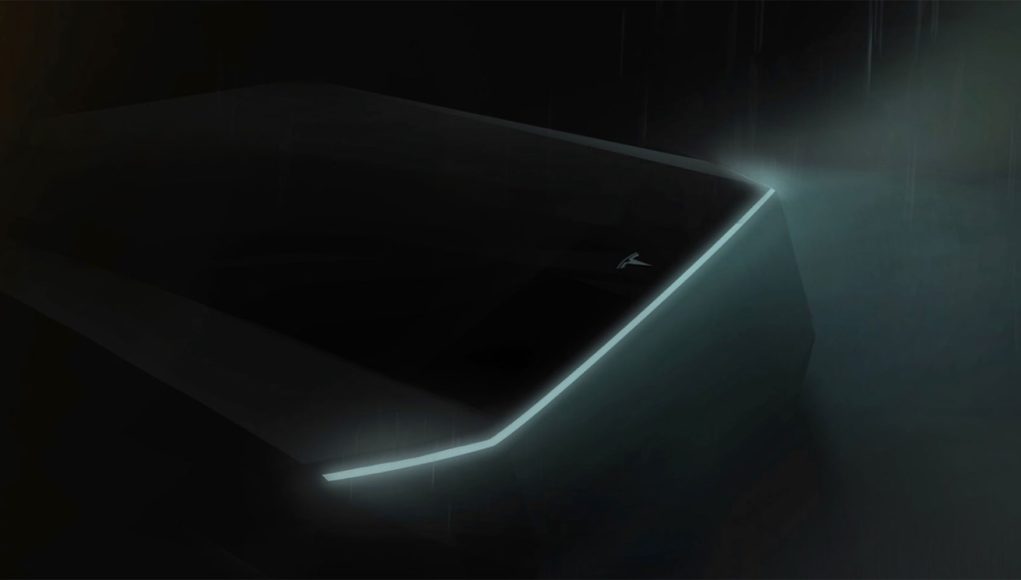 Tesla is reportedly going to reveal its pickup truck later this year. The teaser doesn’t reveal too much, but we can see that the “cyberpunk trunk” will have a more squared off face than the rest of the Tesla lineup.

At this point not much else is known about Tesla’s all-electric truck, but it according to Elon Musk, it will have two electric motors and “a suspension that dynamically adjusts for load.” The truck could also have a longer driving range than the rest of the Tesla lineup, with some speculating that it could have a driving range up to 500 miles.