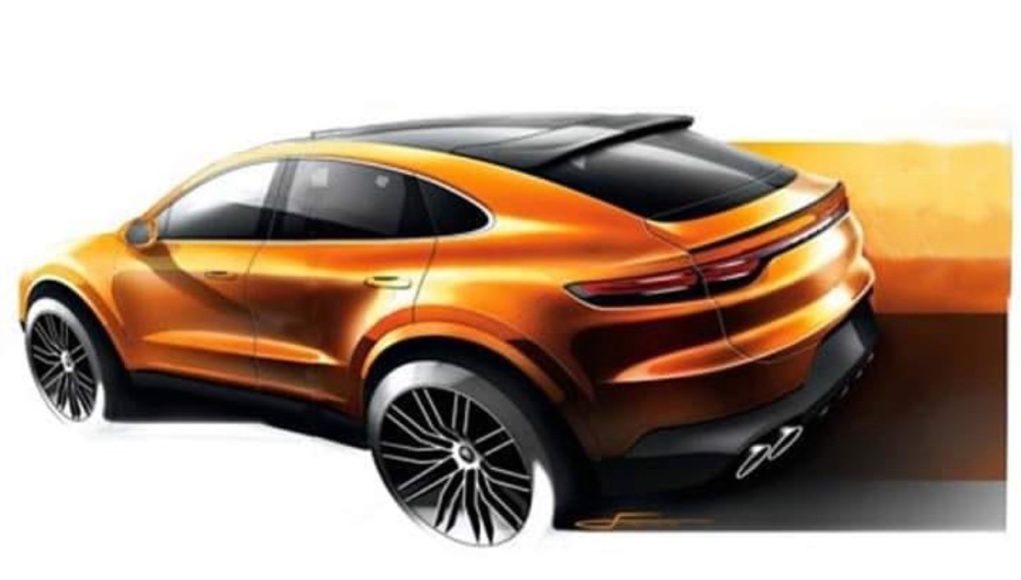 Porsche will officially jump in on the crossover coupe craze later this month when it unveils the 2020 Porsche Cayenne Coupe. Porsche hasn’t released any teasers yet, but a leaked sketch might be our first preview of the Cayenne Coupe.

This single photo was sent to Carscoops, so it’s not known if it’s authentic. If the sketch is really of the 2020 Cayenne Coupe, it shows off the changes at the rear and its sleeker roofline. The sketch doesn’t provide a preview of what changes we can expect at the front, but based on recent spy photos, the Cayenne Coupe’s face won’t differ too much from the standard Cayenne.

Inside the Cayenne Coupe probably won’t differ too much from the standard Cayenne either, although it will have a bit less headroom and cargo space thanks to the new coupe-like roofline.