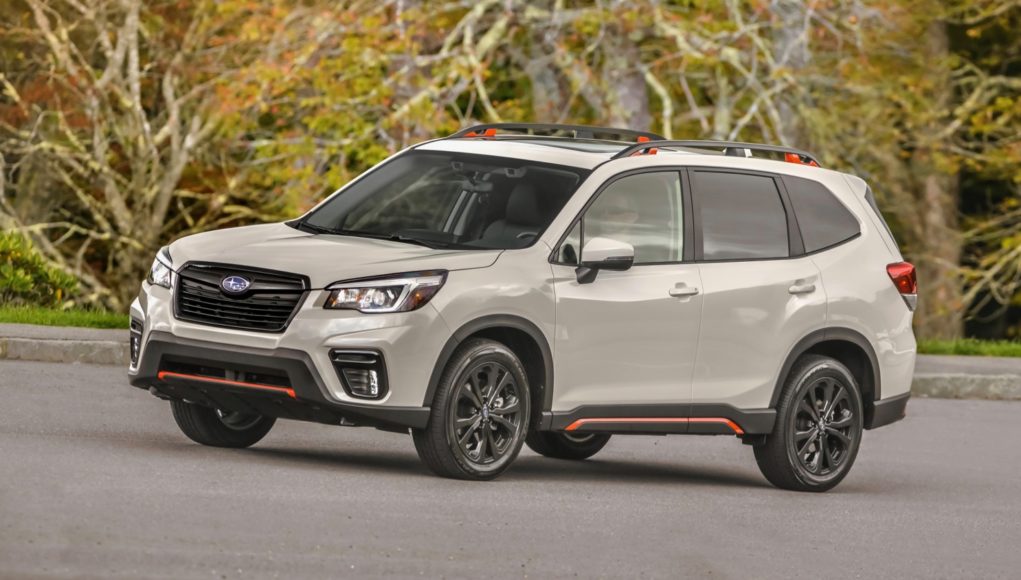 The Subaru Forester was one of the first compact crossovers, although it was barely more than a high riding wagon back in 1997. Now five generations later, the Forester is one of Subaru’s most popular models. For the 2019 model year the Forester has been completely revamped. It now rides on the new Subaru Global Platform, has more interior space and a slightly more powerful engine.

Overall the 2019 Subaru Forester seeks to improve on nearly every aspect from the last generation, but at the cost of a little fun, since the turbocharged XT model and six-speed manual transmission didn’t make the cut. The 2019 Forester is now powered by a 2.5L four-cylinder engine with 182 horsepower and 176 lb-ft. of torque that’s mated to a CVT transmission. The outgoing engine generated 170-hp and 174 lb-ft.

Without the fun turbocharged engine, the Forester is now a bit boring to driving. The flat-four is merely adequate around town, but if speed is something you enjoy, you won’t find it here. The Sport mode does try to make it a little more fun, but it can’t mask the fact that the engine just doesn’t have that much power. At least the steering is good and although the Forester could use more horses under the hood, most buyers won’t even notice it. There’s also a new X-Mode that alters the powertrain settings for snow, mud and dirt.

What buyers will care more about is the extra interior space, improved technology and extra safety features that the 2019 Forester brings to the table. On the outside the new Forester is about the same size as the last-generation, but rear seat passengers will enjoy the extra 1.4-inches of legroom. There’s still a bit more rear-seat legroom in the CR-V. The driving position is good and the sightlines make it easy to navigate through traffic. The overall layout of the dashboard is also simple with higher quality materials and a standard 6.5-inch touchscreen. The Limited and Touring models come with a larger 8.0-inch screen that’s optional on the Forester Sport.

On the tech front, the Forester comes standard with Apple CarPlay and Android Auto capability and a Wi-Fi hotspot is standard all the trim levels, expect the base. Subaru’s EyeSight safety suite of driver assistance features, like automatic emergency braking, lane departure warning and adaptive cruise control is standard across all the trim levels. The Forester also comes with the Driverfocus system that uses a facial recognition camera that makes sure your eyes are on the road.

The 2019 Subaru Forester starts at $24,295 and is offered in five trim levels: Base, Premium, Sport, Limited and Touring trim levels.

While the fifth-generation Forester is all-new, Subaru didn’t make any drastic changes to the formula. Yes we’re still hoping that Subaru adds a punchier engine under the hood, but for now the 2019 Forester will continue to win over buyers with its more spacious and quiet interior, added safety features and updated tech.