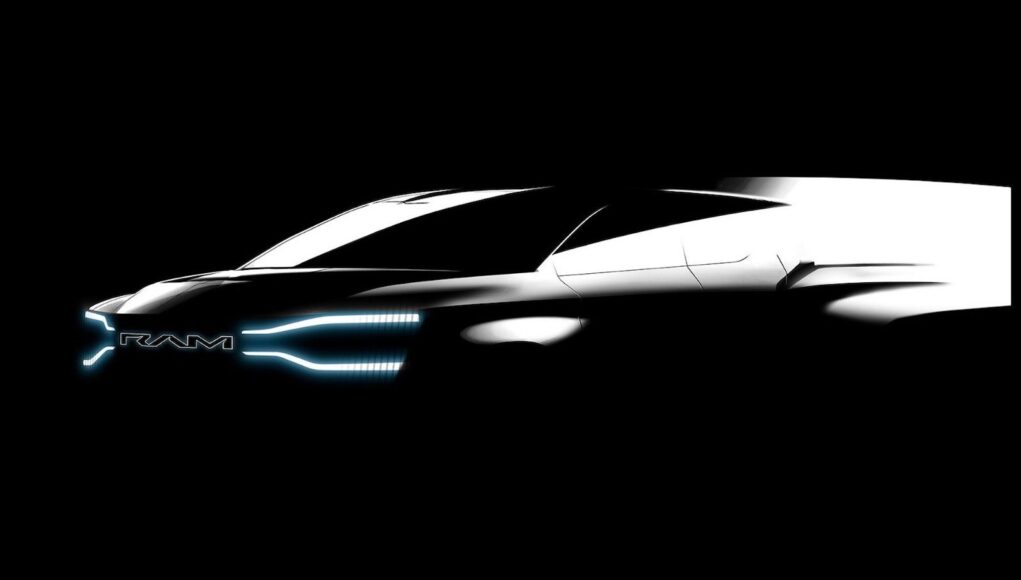 On Tuesday Stellantis revealed more plans about its electrified future with the reveal of the first Jeep EV. It has also announced that a Ram ProMaster EV will arrive in 2023, which will be followed by the Ram 1500 EV electric pickup. Ram hasn’t announced when we’ll get to see the electric Ram 1500, but it has released new teasers to give us another preview.

The latest teaser photos gives us our best look yet at the electric 1500 pickup, which is slated to arrive in 2024. This teaser shows off the truck’s large daytime running lights and some of the character lines around the fenders. This is also the first time that we get to see the rear of the electric 1500.

The Ram 1500 EV will be based on Stellantis’ STLA Frame platform, which will be used by electric body-on-frame trucks and SUVs. When the Ram 1500 EV arrives, it will have some stiff competition, like the Chevy Silverado EV, Ford F-150 Lightning and Rivian R1T. Ram will one up all those rivals, but offering a range extender version for buyers that still want to have a gas-powered motor available for needs, like towing.

2024 Mercedes-Benz GLE gets a facelift and new hybrid versions