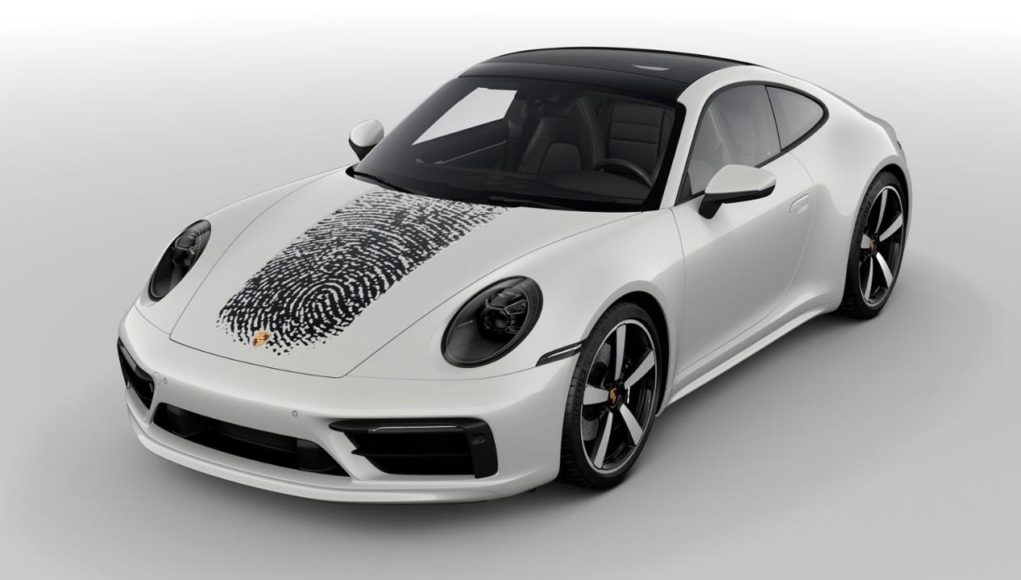 Porsche already celebrates that fact that because its vehicles are so customizable, you’ll have a hard time finding two vehicles that are exactly the same. Well now Porsche is taking its customization options further by letting buyers put their own fingerprint on the Porsche 911.

Porsche’s Exclusive Manufaktur program can not print a buyer’s fingerprint and through a complex process, it can be placed on the hood of the 911.

“Individuality is very important for Porsche customers. And no design can be more personal than your own fingerprint,” says Alexander Fabig, Vice President Individualization and Classic.

While the overall process is quite complex, Porsche compares the technology to an inkjet printer, which it says is superior to a film application. Using a print head, the paint is applied to 3D components automatically and without overspray.

If a buyer decides to add their fingerprint to their 911, the specialists in the Porsche Exclusive Manufaktur disassemble the hood after the 911 rolls off the production line. The buyer’s biometric data is processed so as to make sure it cannot be used for an unauthorized purpose. After the robot paints the unique design, a clear coat is applied and the hood is then polished to a high-gloss finish. The service costs 7,500 euros or $8,100 at the current exchange rates.

If you want it, the program kicks off in March.