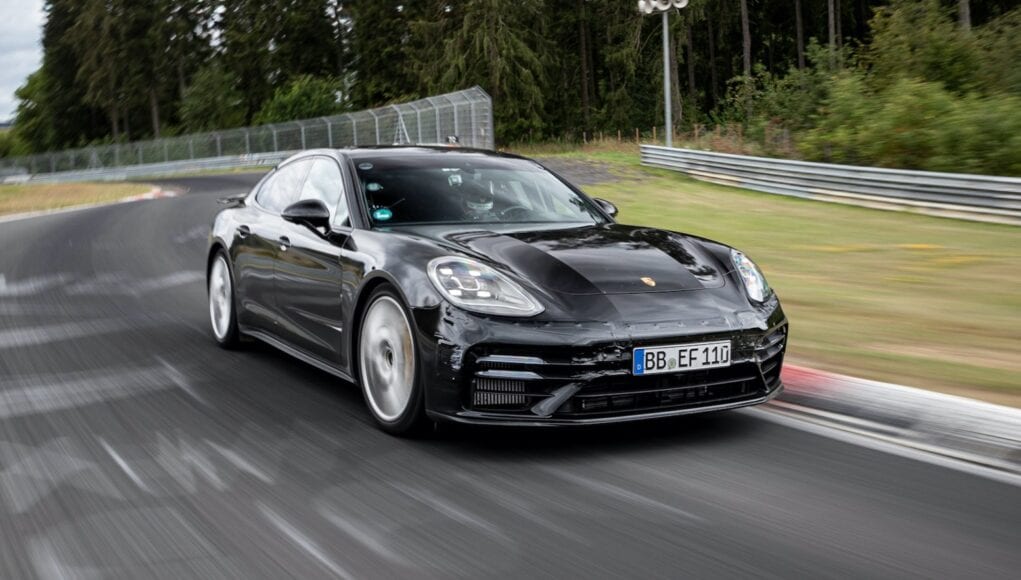 The Porsche Panamera is about to get a midlife facelift and although Porsche hasn’t revealed it yet, on Thursday it announced that the 2021 Panamera has lapped the 12.9 miles of the Nürburgring in 7:29.81 minutes.

That time sets a new “executive cars” record, but the Jaguar XE SV Project 8 still holds the title as the fastest four-door at the ‘Ring.

Test driver Lars Kern piloted a slightly camouflaged 2021 Panamera around the track. It was fitted with a roll cage and Michelin Pilot Sport Cup 2 tires.

“The enhancements made to the chassis and the powertrain of the new Panamera were always noticeable during this lap on what is recognized as the most demanding race track in the world,” says Kern. “In the Hatzenbach or also Bergwerk and Kesselchen sections in particular, the new setup of the electromechanical roll stabilization system remains consistently effective and provides the Panamera with incredible stability in spite of the bumpy track surface. At the Schwedenkreuz, the car benefited from the improved lateral dynamics and the increased grip of the new Michelin sports tires. I achieved cornering speeds there that I would not have believed possible with the Panamera.”

The 2021 Porsche Panamera is slated to debut later this month.