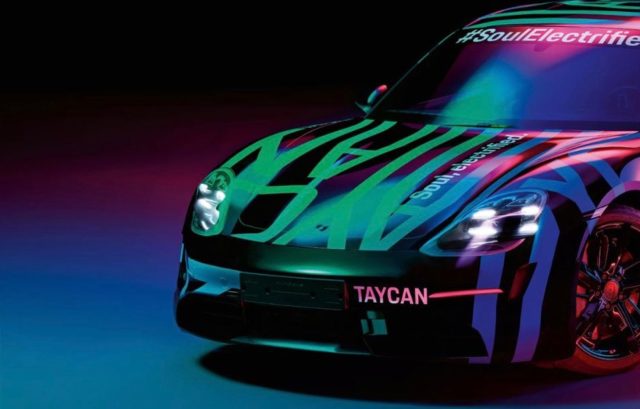 Porsche has confirmed that it will officially unveil the 2020 Taycan electric car in September, but for now it’s released a few teasers.

The Porsche Taycan was originally previewed by the Mission E concept and now we can see how much the Taycan will differ from the concept. The overall look is a bit toned down, as expected. The Taycan borrows many styling cues from the Panamera and new 911.

When the 2020 Porsche Taycan arrives, it will spearhead a new range of electrified models from the brand. Porsche has already confirmed that its second electric car will be the Taycan Cross Turismo, which will then be followed by a fully-electric Macan. By 2025 Porsche expects that electrified models will account for half of its sales.

Porsche also recently announced that it’s already received over 20,000 orders for the Taycan.

Porsche 911 Hybrid will be the “highest-performance 911”