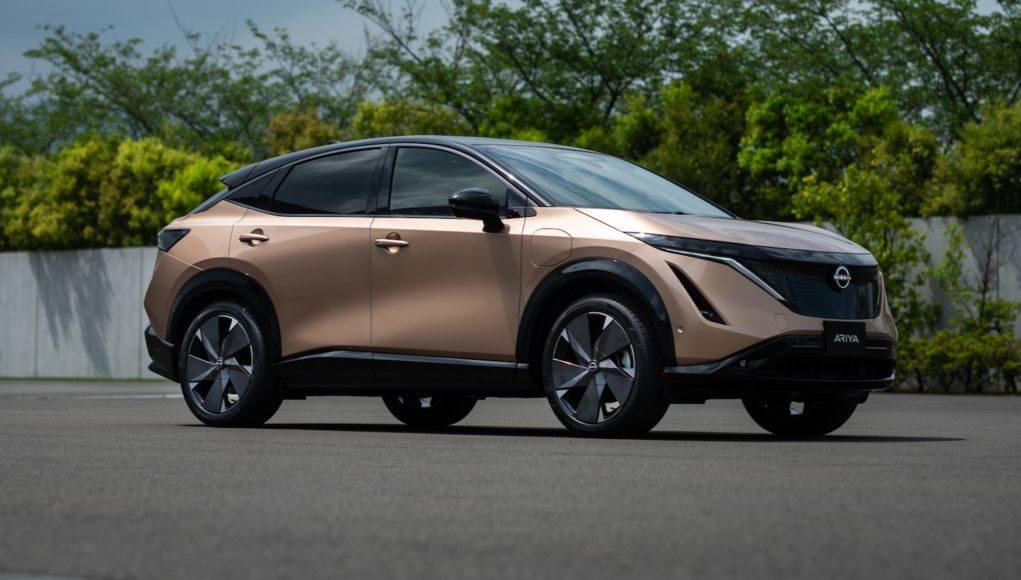 Nissan recently took the covers off the Ariya electric SUV, which is slated to arrive in the US in late 2021. The 2022 Ariya gives Nissan the perfect rival to the Ford Mustang Mach-E and Tesla Model Y electric SUVs, but now a new report claims that Nissan is planning to add a larger electric SUV.

Autocar is reporting that Nissan’s third electric model will be a new large SUV. It will be based on the same CMF-EV platform as the Ariya. Nissan Europe’s EV boss, Helen Perry, recently hinted at the large electric SUV, “The platform will be used for other cars in the future. The C-SUV and D-SUV segments are due to grow about 300% over the next three years, so we will look to use the platform in growth segments in the next few years.”

The large electric SUV will have a driving range that’s close to the Ariya, which means that it should be able to travel around 300 miles on a single charge.

It’s not known when the new large electric SUV will be released, but Nissan does have a goal that 50 percent of its lineup will be electrified by 2023.