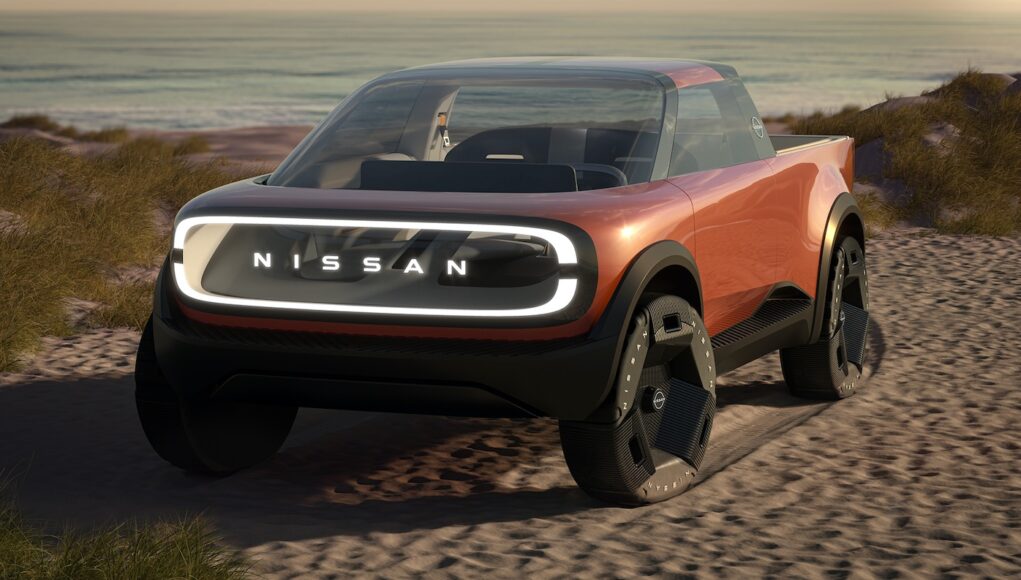 Right now there are a few electric pickup trucks hitting the market, like the Ford F-150 Lightning and Rivian R1T. For now all of the electric trucks released have been full size trucks, but that may soon change since it’s being reported that some automakers are considering smaller electric pickup trucks. Nissan is one of them that is reportedly thinking about introducing a smaller pickup truck than the Frontier, that will be fully electric.

Automotive News is reporting that Nissan is mulling an electric pickup truck, especially with the upcoming demise of the larger Titan. The publication is reporting that Tyler Slade, chairman of the Nissan Dealer Advisory Board, revealed that dealers want Nissan to build a midsize electric truck.

We’re not sure when Nissan will make the decision, but it did show off the Surf-Out concept in 2021, which was a small electric pickup truck that you see here. Nissan has already announced plans to introduce 15 new EV vehicles by 2030, so we’ll have to wait and see if a small electric truck is on that list.

Nissan isn’t the only automaker looking at a small truck, since it’s been reported that Ford and General Motors are also looking at the idea.