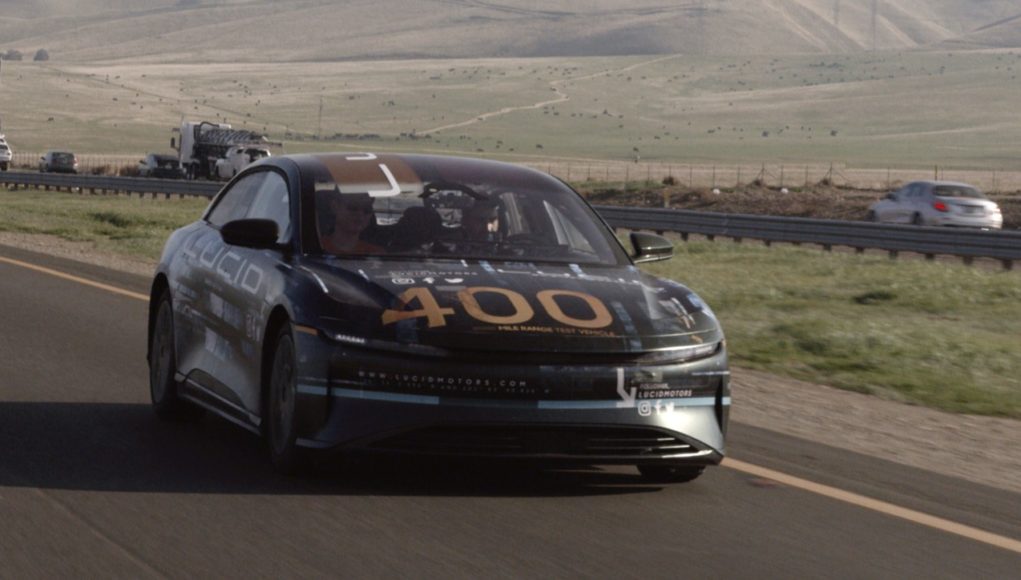 EV start up, Lucid was supposed to reveal the production version of its new electric sedan, the Lucid Air next month in New York. But given the fact that the New York Auto Show has been postponed and the state of the coronavirus pandemic, we wouldn’t be surprised if those plans have been put on hold. In the meantime Lucid has released a new video of the Air which recently did a round-trip loop between San Francisco and Los Angeles.

Lucid claims that the Air has a driving range of 400 miles, which it looks like it hit its target, since the distance between San Francisco and Los Angeles is about 400 miles. In the video the engineers drive the Lucid Air from Silicon Valley down the coast on Highway 1 to Santa Monica on a single charge. After charging it overnight, the team headed back up to the San Francisco on Interstate 5.

Lucid’s CEO and CTO, Peter Rawlinson, joined the team in a second Lucid Air prototype during the last leg of the trip for a celebratory drive through San Francisco.

Now we just have to wait until Lucid officially unveils the Air.

Lucid announces 20 sales locations in the US

Lucid Air is the “world’s most aero-efficient luxury car”