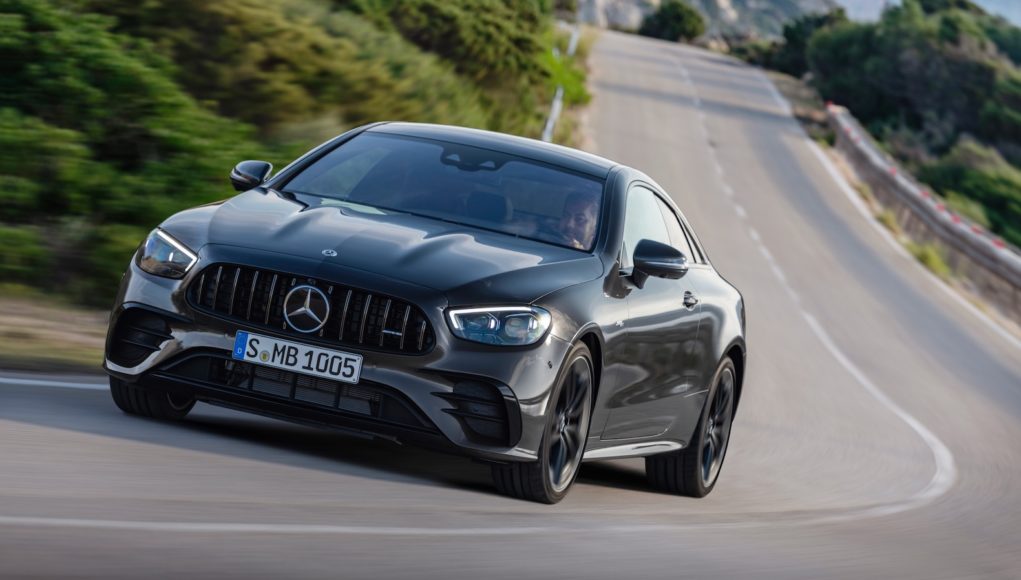 Mercedes-Benz revealed the updated 2021 E-Class sedan a few months ago and now we have our first look at the updated coupe and convertible versions. You’ll notice the biggest change on the outside is a new face, while under the hood there’s a new mild hybrid powertrain.

Inside the biggest addition of the MBUX system, which includes two 12.3-inch screens – one for the instrument panel and the other for the infotainment system. The dual screens give the E-Class models a more modern looking interior. There’s also a new steering wheel that can detect when your hands aren’t on the steering wheel. If you keep your hands off too long, the system will automatically engage the emergency braking system.