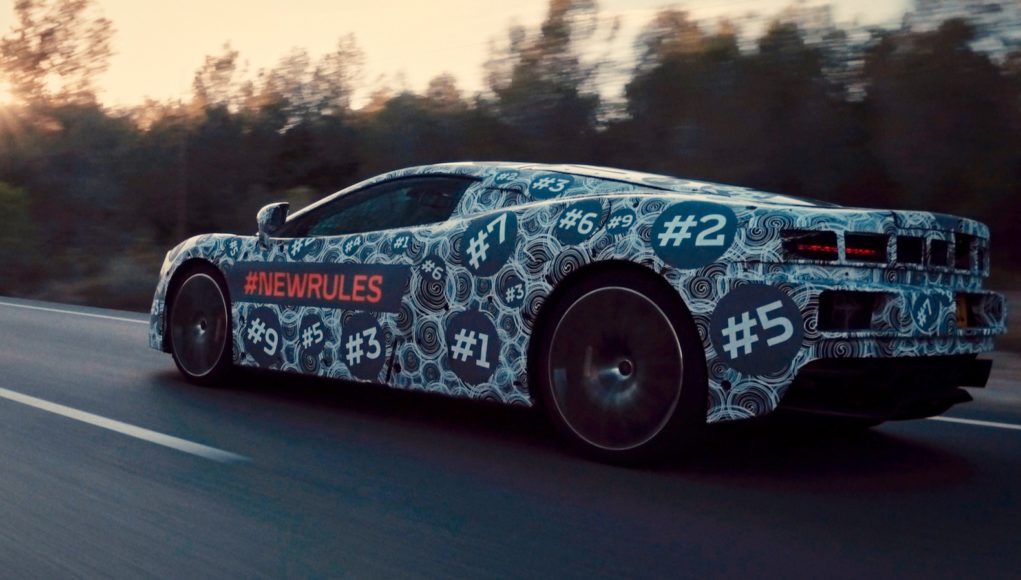 McLaren has released a teaser of its new GT, that will be the fourth new McLaren under its Track25 business plan. We don’t know what it will be called yet, but McLaren’s new Grand Tourer will debut in a few months.

“The fourth McLaren to be introduced under the Track25 business plan will be our interpretation of the Grand Tourer. It will be a car that combines competition levels of performance with continent- crossing capability, wrapped in a beautiful lightweight body,” stated Mike Flewitt, CEO, McLaren Automotive. “It’s a car that has been designed for distance and one that will also provide the comfort and space expected of a Grand Tourer. But with a level of agility never experienced before in this segment. In addition, it will be the lightest of Grand Tourers and by also having the best power-to-weight ratio, I promise it will be one of the quickest. In addition, it will be the only Grand Tourer to share its DNA with the 250mph McLaren Speedtail.”

Although McLaren hasn’t revealed its interior, it says that the GT will “feel spacious, uncluttered and modern with only authentic, high quality materials employed.”