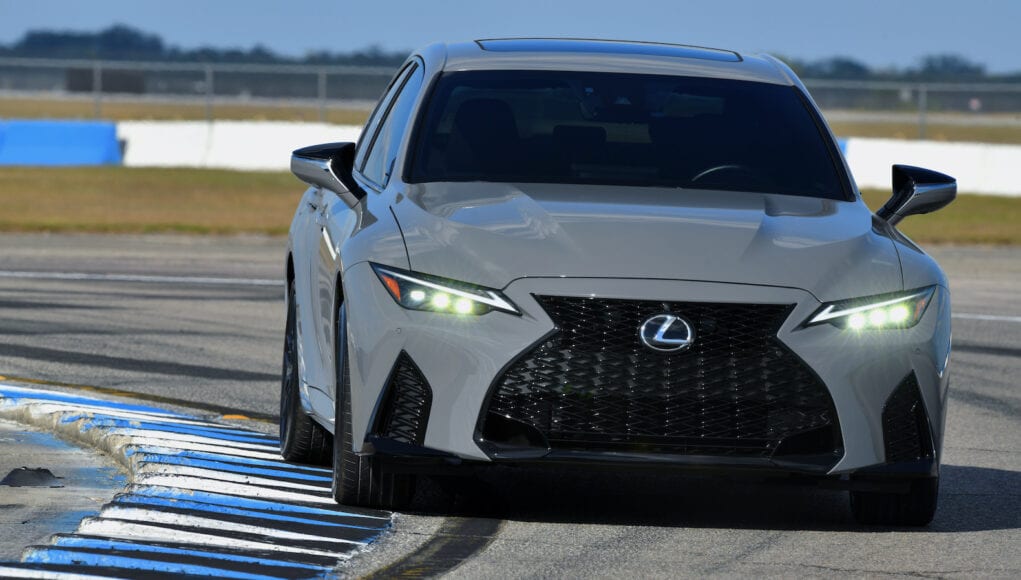 Two days ago Lexus unveiled the 2022 IS 500 F Sport Performance Launch Edition at the 12 Hours of Sebring. While we’re excited to see a new V8-powered IS, Lexus also gave away some details about the future of the brand, which thankfully includes more F-Sport and F models.

The IS 500 is powered by the brand’s naturally-aspirated 5.0-liter V8, but you’re probably wondering why it’s not being called an IS F instead. According to Lexus, a model can only receive the F moniker after it’s gone through a series of tests which involves Toyota CEO Akio Toyoda getting some time behind the wheel on the track.

Lexus hasn’t announced what all the new F models will be, but it’s expected that the LC F and LS F will debut later this year, which will then be followed by the first Lexus F SUV.