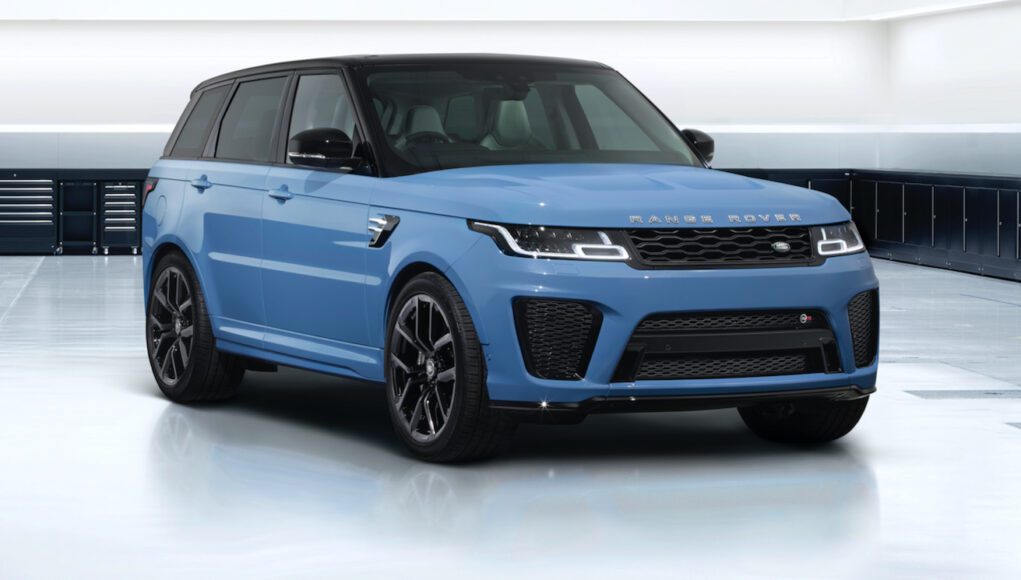 The Range Rover Sport SVR is the fastest, most powerful Land Rover ever produced thanks to its 575 hp 5.0-liter V8 supercharged engine. The SVR can accelerate from 0-60 mph in 4.3 seconds and has a top speed of 176 mph.