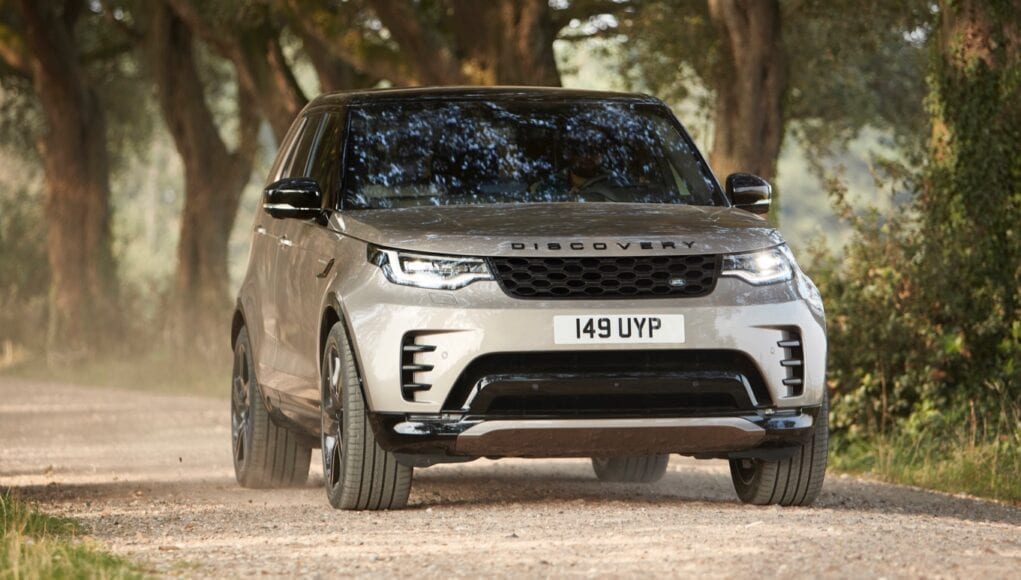 On the outside the 2021 Discovery has an updated face with new LED headlights with new daytime running lights, a new bumper and side vents. At the rear the LED taillights have been redesigned and there’s a new gloss black panel. There’s also a new R-Dynamic model with Gloss Black and Shadow Atlas exterior accents on the outside and two-tone leather and contrast seat stitching on the inside.

Inside the center console has been redesigned with a 11.4-inch touchscreen for the Pivi Pro infotainment system. Land Rover says that the updated infotainment system features “immediate responses” and a “built-in back-up battery means navigation initialization takes just seconds”. The bluetooth system has the ability to connect two phones simultaneously and there’s standard Apple CarPlay and Android Auto.

There’s also a new steering wheel with hidden-until-lit switches and metal gearshift paddles. In front of the driver, there’s a 12.3-inch digital gauge cluster and an available head-up display. Second row passengers will also like the new tablet holders that are integrated into the front seatbacks and the LTE modem hotspot can connect up to eight devices.