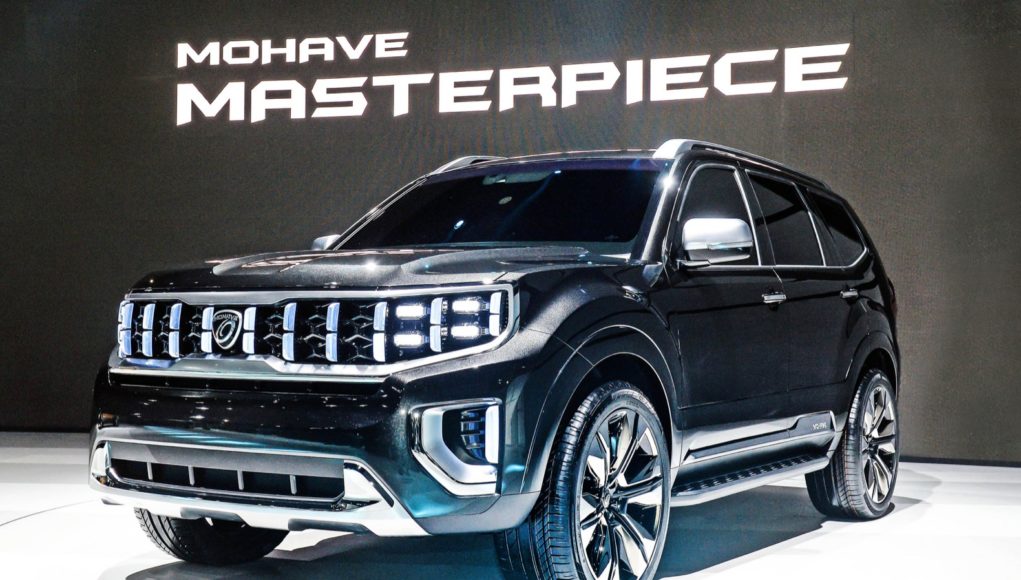 Kia has unveiled two new concept SUVs at the Seoul Motor Show, which hint at the stying direction of Kia’s future SUV lineup. The first is the rugged Mohave Masterpiece concept, while the second is a smaller compact SUV concept, called the SP Signature.

While the Mohave Masterpiece is labeled as a concept, it’s more than likely a preview of the next Mohave SUV, which was sold in the US briefly as the Borrego.