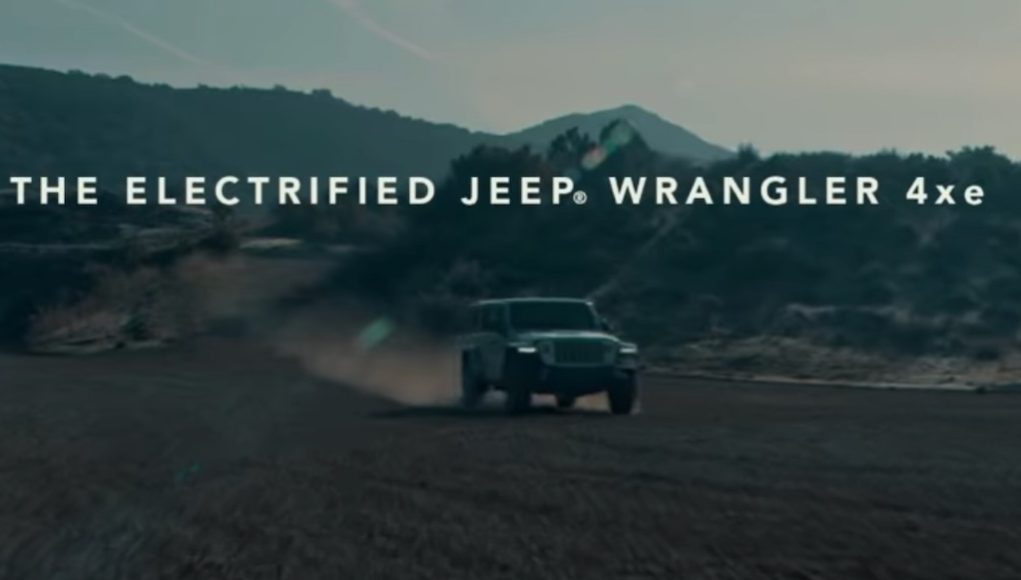 Yesterday Ford took the wraps off the 2021 Ford Bronco and to try to steal some its thunder, Jeep unveiled the V8 powered Wrangler Rubicon 392 concept. It looks like Jeep is still trying to stay in the conversation, since it has now released a teaser of the Wrangler 4xe plug-in hybrid.

Jeep originally showed off the plug-in hybrid Wrangler alongside the PHEV versions of the Renegade and Compass at the 2020 Consumer Electronics Show in January. We’re still waiting to get more details about the 4xe versions, since Jeep hasn’t released the specs for the powertrains or even their electric driving range.

In Europe the plug-in hybrid Renegade and Compass are powered by a 1.3-liter turbocharged four-cylinder engine that’s mated to an electric motor to give them a combined 240 horsepower. We just don’t know if those specs will be the same in the United States.

We should hopefully find out more info soon.