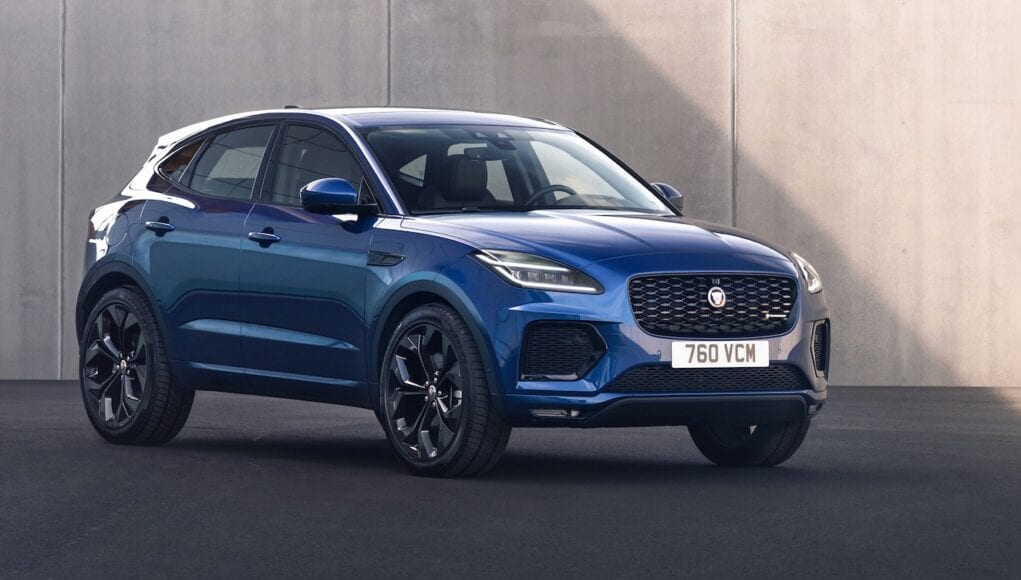 Jaguar has unveiled the 2021 Jaguar E-Pace SUV, which just like the larger F-Pace, it also has received a small facelift for the new model year.

On the outside, the 2021 E-Pace has an updated face with new LED headlights, a redesigned bumper and restyled lower apertures. The grille also features a mesh design with chrome details. At the rear the updates include updated LED taillights with the Jaguar chicane graphic and a new mesh insert in the lower bumper.

While the exterior updates are small, inside there are bigger changes. The small infotainment screen has been thrown out and in its place there’s a big 11.4-inch screen that uses the latest Pivi Pro system. In front of the driver there’s an optional 12.3-inch digital display The gear selector has also been redesigned and there are more soft-touch materials throughout the interior. Lastly the steering wheel is new.

The number of tech features has grown with a new optional rearview camera mirror and the Pivi Pro system will also sync with Google and Microsoft Outlook. Apple CarPlay and Android Auto are also included.

Under the hood there aren’t any big changes. The 2.0-liter turbocharged four-cylinder generates 246 horsepower in the P250 and P250 SE versions. The 300 Sport gets a mild-hybrid system to boost the final output to 296 hp. A nine-speed automatic transmission and all-wheel drive are standard across the board.

The 2021 Jaguar E-Pace starts at $42,045, including the destination charge. The E-Pace will now serve as the entry model in Jaguar’s lineup since the XE sedan has been dropped from its US lineup.