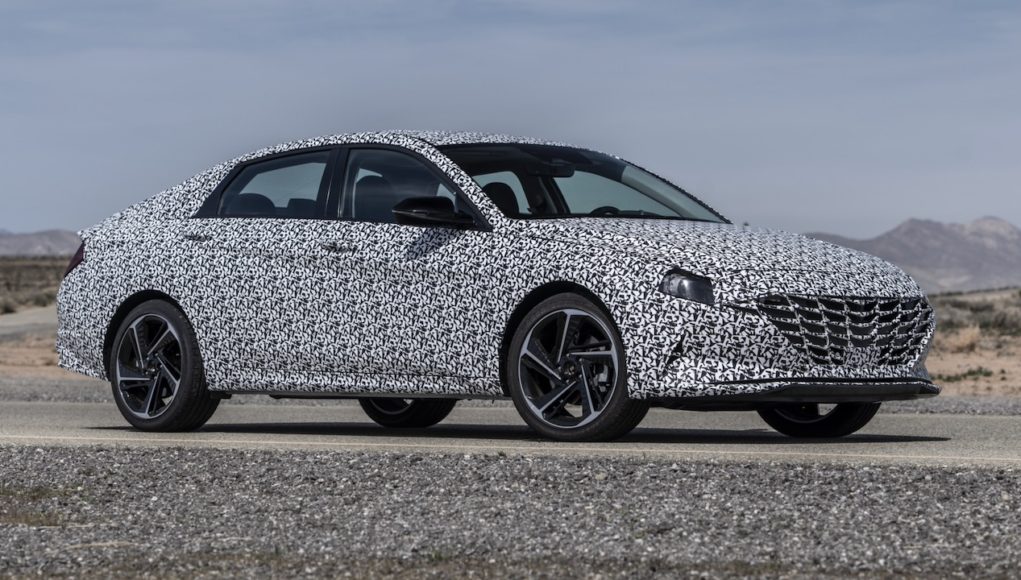 Back in April Hyundai released the first teasers of the 2021 Elantra N Line, the high performance version of the new Elantra sedan. While Hyundai gave us a preview of what we can expect on the outside, Hyundai did not release any details about what is under the hood. Well now we know, thanks to a leak.

The Korean Car Blog is reporting that the 2021 Elantra N Line will be powered by the same 1.6-liter turbocharged four-cylinder engine as the Elantra GT N Line. That means that we can expect the Elantra N-Line to have 201 horsepower and 195 pound-feet of torque under the hood.

The turbocharged four-cylinder will be mated to either a six-speed manual or seven-speed dual-clutch transmission.

In addition to the sportier engine, the Elantra N Line will also get a better suspension and larger brakes.

When will we see the 2021 Hyundai Elantra N Line? The leaked document states that it will debut in June, which means it should debut any day now.