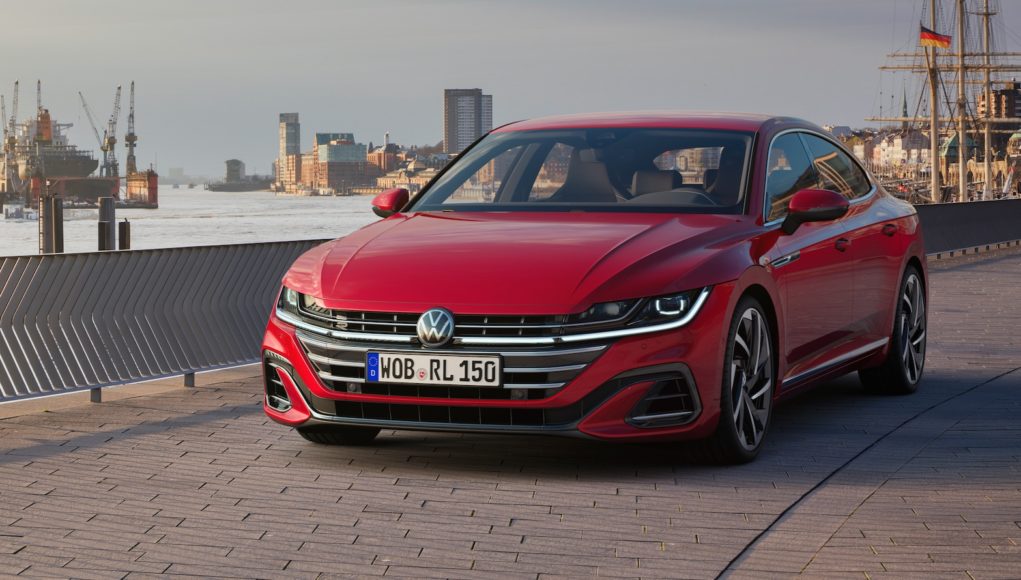 Volkswagen has unveiled the updated 2021 Arteon, which has received some styling updates, a new variant and updated tech features.

On the outside the 2021 VVW Arteon now looks even sleeker than before with an updated front fascia with a new grille and restyled headlights. The new grille also is illuminated and the lower front fascia now looks more aggressive with large air intake openings that flank each side of the new grille.

There’s also a new character line that VW says pushes “the body’s volume downward to the ground, giving it a dynamic appearance.” The character line starts at the front and runs all the way to the taillights. t the rear the changes are smaller with the biggest updates being the new VW badge and Arteon lettering. Lastly there are three color options: Oryx White, Kings Red Metallic, and Lapiz Blue.

In Europe, VW has expanded the Arteon lineup to include a new Shooting Brake version, but sadly that version isn’t coming to the US.

Inside the 2021 Arteon has a redesigned dashboard and a new steering wheel. The Arteon also now comes standard with the 10.25-inch Digital Cockpit. In the center dashboard there’s an 8-inch touchscreen, which features the new MIB3 infotainment system.

Under the hood there’s only one engine option in the US, a 2.0-liter turbocharged four-cylinder with 268 horsepower and 258 pound-feet of torque, that’s mated to an eight-speed automatic transmission. Front-wheel drive is standard, but the 4Motion all-wheel drive system is available on SEL R-Line models and standard on SEL Premium R-Line models.