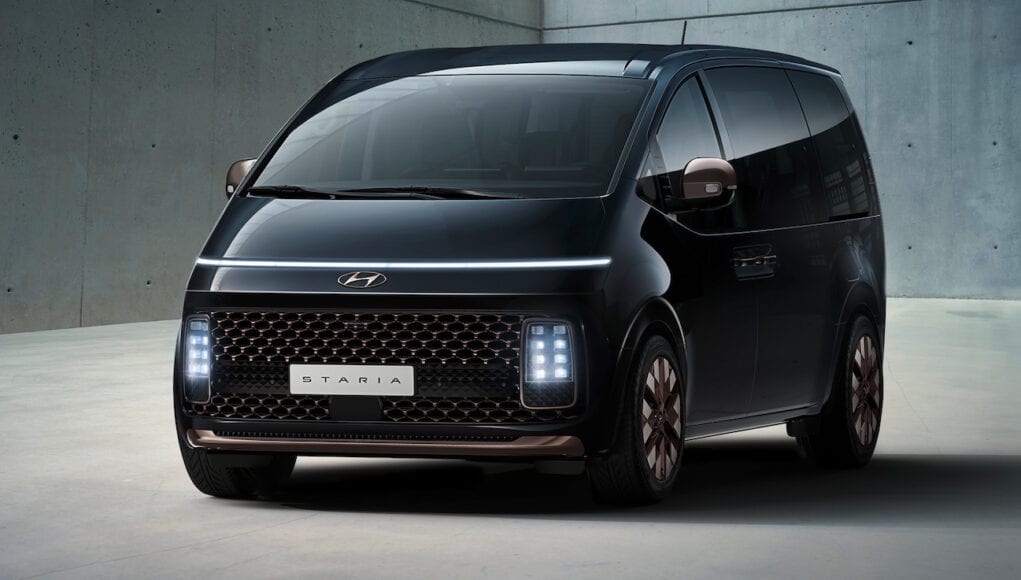 Hyundai has released more details about its new Staria minivan (MPV), which has a dose of style that we normally don’t see in this segment. Hyundai says that the Staria features a “futuristic and iconic design.”

The Staria was designed on an “inside-out” approach, which begins with the design of the interior and then expands to the exterior. We love how futuristic the Staria looks with its horizontal daytime running lights and full width LED light bar at the front and the vertical taillights.

There’s a 10.25-inch touchscreen for the infotainment system and a digital instrument cluster in front of the driver. The Staria Premium model also gets 64-color ambient LED lighting.

Unfortunately the Hyundai Staria is only for South Korea.