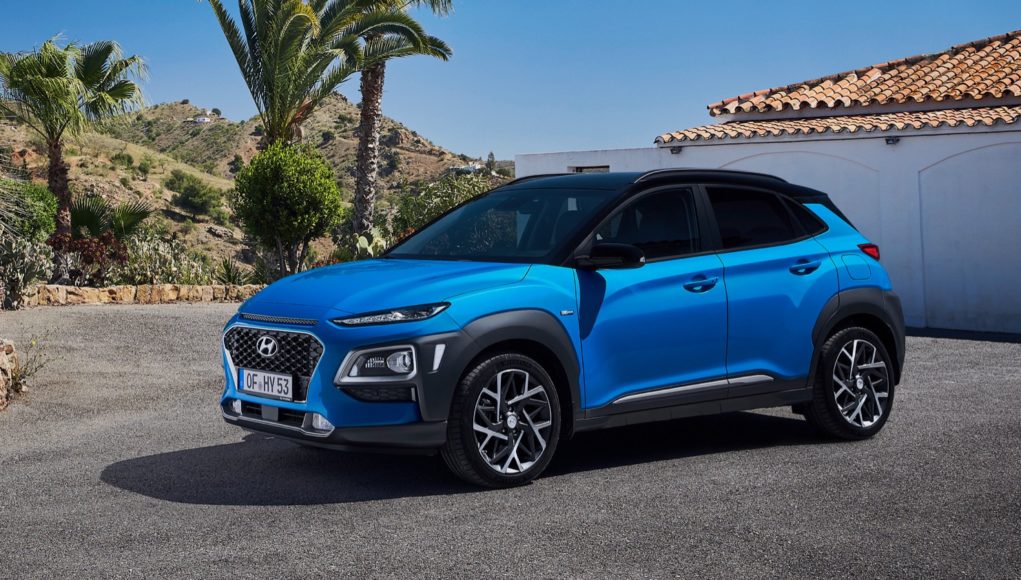 Hyundai already offers the gas-powered and fully electric versions of the Kona crossover and now it’s expanding the options in Europe with the debut of the Kona Hybrid.

The Hyundai Kona Hybrid is powered by a 1.6L four-cylinder engine and an electric motor that generate a combined 139 horsepower and 196 pound-feet of torque. The hybrid powertrain sends its power to the wheels via a six-speed dual-clutch transmission and uses a 1.56 kWh lithium-ion polymer battery.

Compared to the Kona and Kona Electric, the Kona Hybrid looks almost identical with the exception of new alloy wheel designs. Inside the Kona Hybrid gets a unique black and white color pack with white accents around the air vent surrounds and gear shift bezel, as well as Glossy Black accents on the door handles, steering wheel spoke and air vents. A 10.25-inch infotainment screen is optional.

The Hyundai Kona Hybrid will be available to buyers in Europe starting in August. Hyundai hasn’t announced any plans to bring the Kona Hybrid to the US.