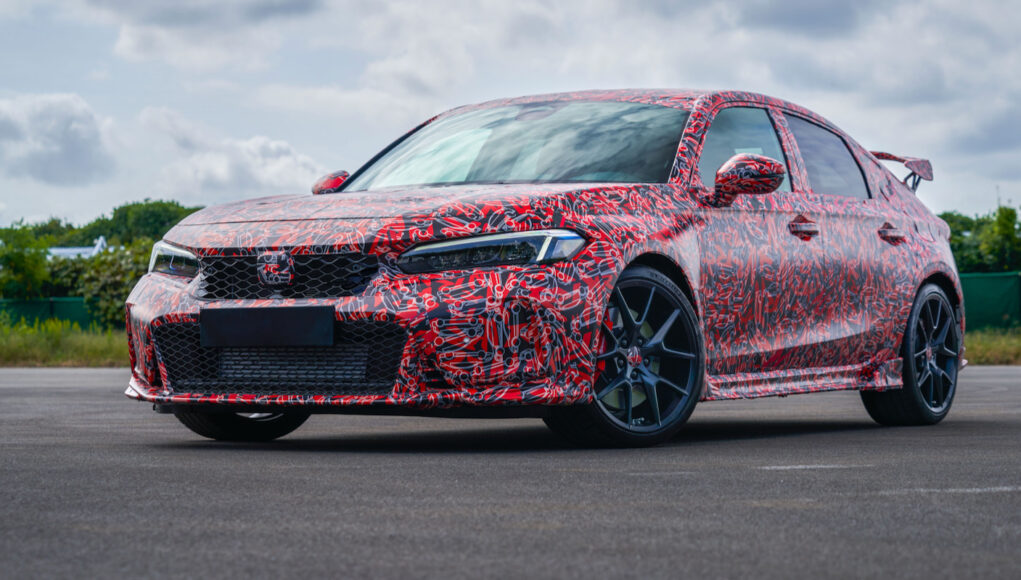 The 2023 Honda Civic Type R is almost here, since today Honda has released the first teaser photos of the next-generation Type R. The two photos show off a Civic Type R prototype that’s covered in camouflage.

This is our best look yet at the new Civic Type R. Just like before the Civic Type R is based on the hatchback model and from what we can see here are red brake calipers, a large rear wing, three center mounted exhaust tips and unique ten-spoke black wheels.

Honda has not announced what will power the 2023 Civic Type R, but it’s expected to get the same turbocharged 2.0-liter four-cylinder as the current model. Hopefully it will get a more power and Honda has confirmed that it will be available with a six-speed manual transmission.