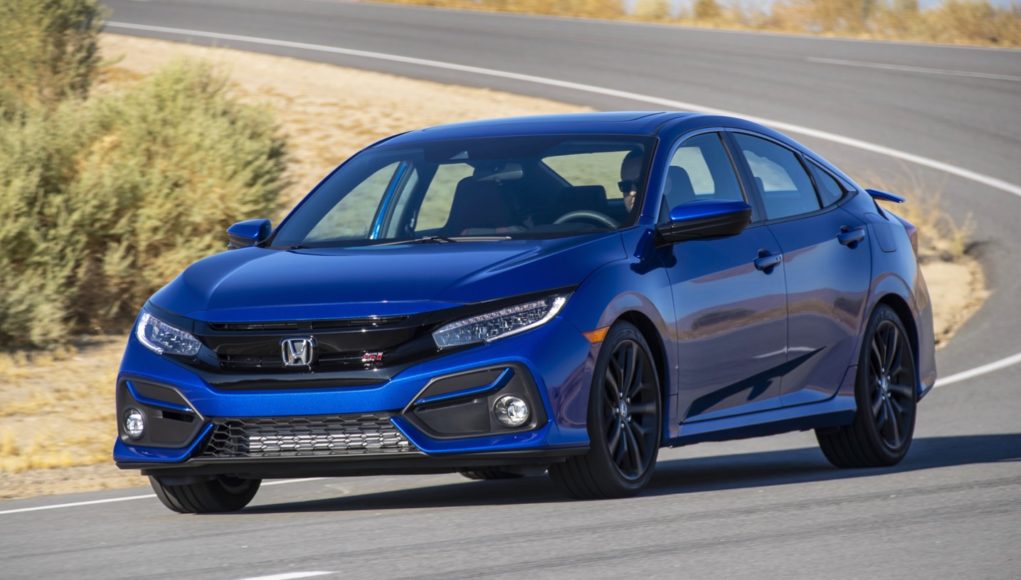 Honda has unveiled the updates to the 2020 Honda Civic Si coupe and sedan, which not only get a few styling updates for the new model year, but also a small tweak under the hood to squeeze out more performance.

On the outside the 2020 Civic Si gets a revised front bumper which now features gloss black surrounding trim, a body-color crossbar and new LED fog lights. The Civic Si’s grille has also been updated and the headlights are now multi-element LED lamps with a wider and longer light beam. At the rear, Si sedan gets a new lower bumper treatment that matches the new front design. Lastly the 2020 Civic Si now rides on new matte black 18-inch wheels.

Inside there are updated sport seats with red accents on the seat bottom and seat back, and a new red trim on the instrument panel.

The 2020, Civic Si now comes standard with the Honda Sensing suite of safety and driver-assistive systems as standard equipment, including new automatic high beams. Active Sound Control, which uses the audio system to enhance the engine sound during aggressive driving has also been added.

Under the hood the Civic Si is still powered by the same turbocharged 1.5L four-cylinder engine with 205-hp that’s mated to a six-speed manual transmission. The only big change under the hood is a 6-percent shorter final-drive ratio, which Honda says will give the Civic Si improved acceleration feel.

The 2020 Honda Civic Si coupe and sedan are both priced at $25,930, including the destination fees. The only option are summer tires, which adds an extra $200 to the price.