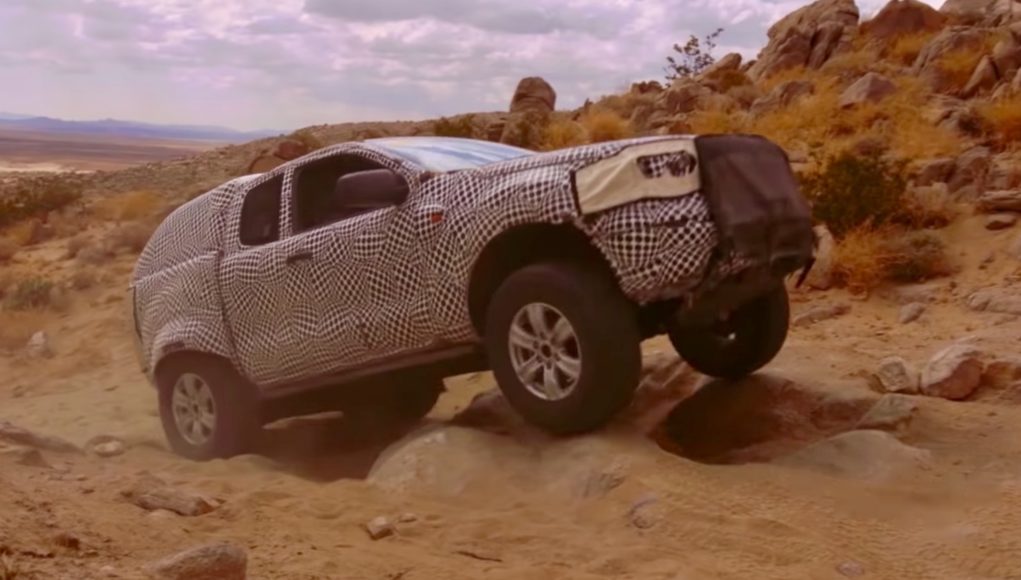 We’ve been talking about the new Ford Bronco for a while now and the good news is that Ford has confirmed that it will finally take the wraps off the 2021 Bronco this spring. To keep the excitement going, Ford has released a video that shows a prototype of the new Bronco hitting the trails.

The video doesn’t really give you any ideas to what the 2021 Bronco will look like, since the prototype is using a weird looking version of the Ranger’s body. But that doesn’t really matter, since the video is meant to show how capable off-road the Bronco will be. It can easily traverse rocks and sand dunes.

We don’t have a lot of details about the 2021 Bronco, but we do know that it will ride on a shortened version of the Ford Ranger platform and a turbocharged 2.3-liter four-cylinder is expected under the hood. A hybrid may also be an option.

Ford is partnering with Disney to debut the 2021 Bronco

2021 Ford Bronco teased ahead of its July 13 debut