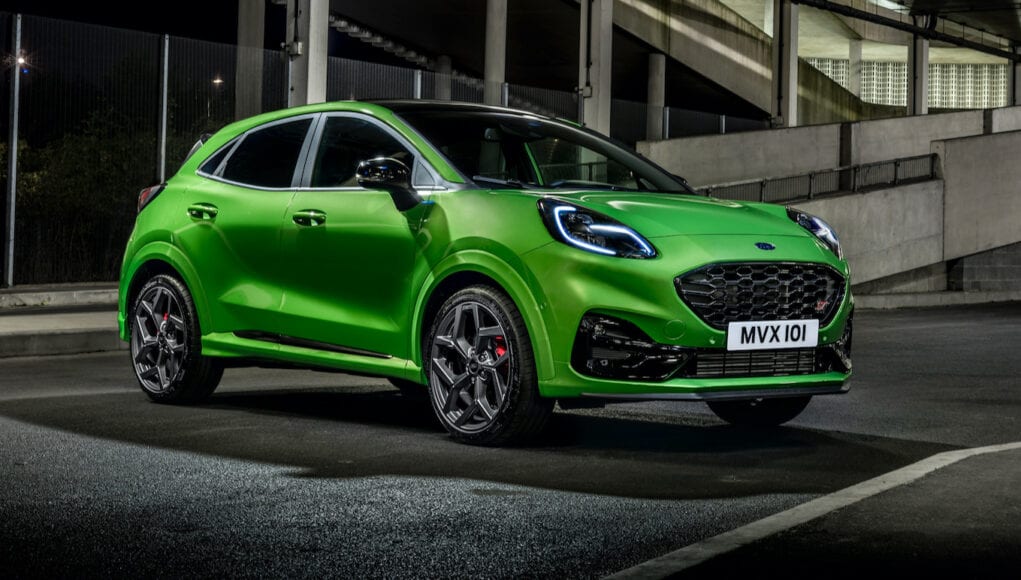 Right now Ford only offers the EcoSport in the small crossover segment, but in Europe it also offers the sportier Puma ST. While Ford originally said it had no plans to bring the Puma ST to North America, it looks like Ford’s new CEO wants it offered in other markets, including the United States.

Jim Farley recently posted a short video ad of the Puma ST on Twitter, in which he stated “wish this came to NA (North America) and other markets!”

Although we’d love to see it offered here, it’s not known if Ford will actually make it happen.

The Puma ST would slot in between the EcoSport and Escape. It’s based on the Fiesta ST and is powered by a turbocharged 1.5-liter three-cylinder engine with 197 horsepower and 236 pound-feet of torque.