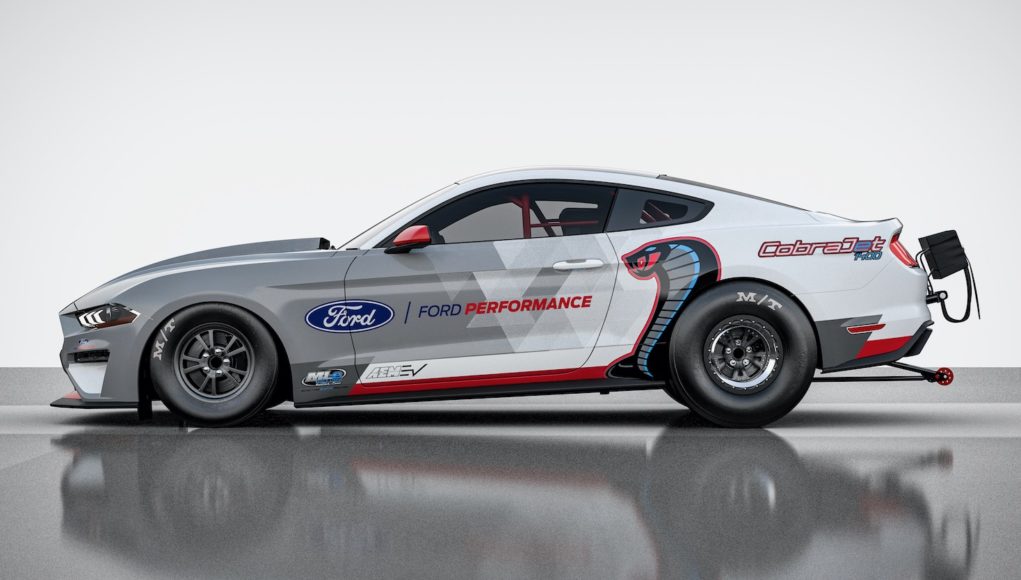 Ford partnered with MLe Racecars, Watson Engineering, AEMEV, and Cascadia to create the electric drag racer, which has 1,400 horsepower and 1,100 lb-ft. of torque. Ford hasn’t announced how many motors the Mustang Cobra Jet 1400 has, but Ford says that it will reach the quarter-mile in the low-8-second range at more than 170 mph.

“Ford has always used motorsport to demonstrate innovation,” said Dave Pericak, Global Director, Ford Icons. “Electric powertrains give us a completely new kind of performance and the all-electric Cobra Jet 1400 is one example of pushing new technology to the absolute limit. We’re excited to showcase what’s possible in an exciting year when we also have the all-electric Mustang Mach-E joining the Mustang family.”

The good news is that we’ll get to see the Ford Mustang Cobra Jet 1400 at a drag race event later this year, but if you want to see it earlier you can see it on Sunday, April 26 by watching MotorTrend On Demand’s “Hard Cell”.