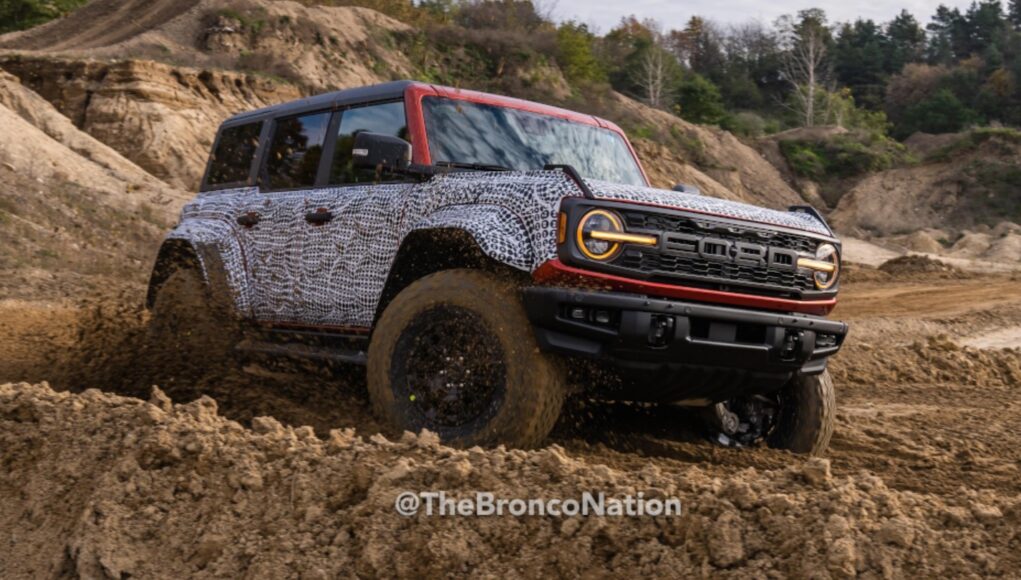 The Ford Bronco Raptor is almost here! Ford has announced that the Bronco Raptor will debut on Monday, January 24 at 6:00am EST. That means we get to start our work week off with some big news.

Under the hood we expect the Bronco Raptor will be powered by a twin-turbocharged V6, but it hasn’t been confirmed if it will be a 3.0- or 3.5-liter engine. We expect it to have around 400 horsepower.

After its debut next week, the Bronco Raptor will arrive in the summer.