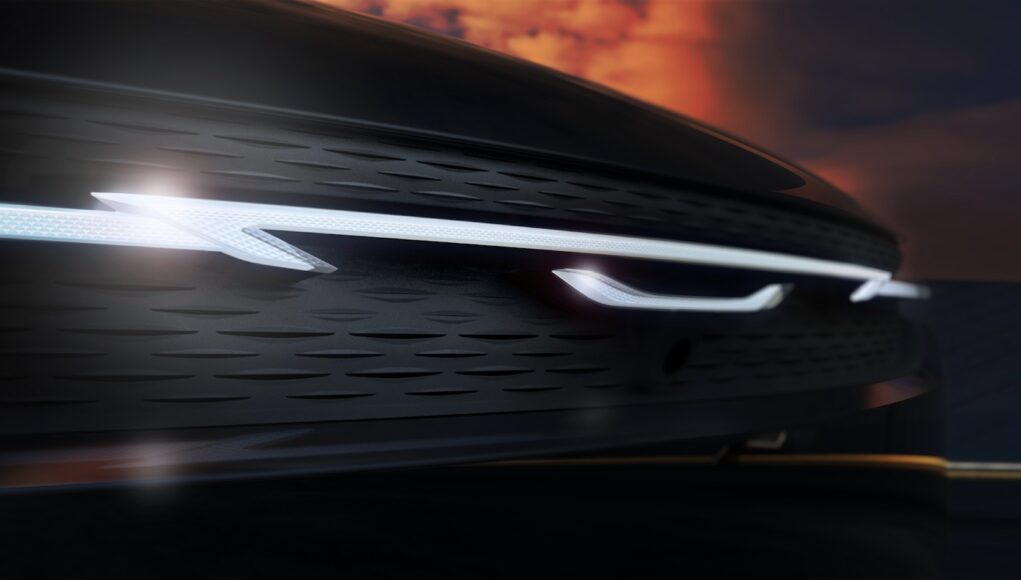 Chrysler is giving the world another preview of its upcoming Airflow electric SUV, with what it is called a “new vision” of the Airflow concept. The Airflow concept originally debuted in January at the 2022 Consumer Electronics Show.

Chrysler has released a single teaser of the revised Airflow concept, which it says is “a potential design path on the brand’s journey to an all-electric future.” We can’t make out much, but it appears that the concept is getting some design changes at the front. We’ll have to wait to see all the changes.

We still don’t know when the production version of the Airflow EV will arrive, but it’s rumored that it could come to life in 2024 as a 2025 model. The concept is powered by two electric motors, one at the front and one at the rear that each generate 201 horsepower. A single-motor version will likely be standard on the production version with the dual-motor version being optional.

We’ll have all the details on April 13 when the updated Chrysler Airflow concept debuts at the New York Auto Show.