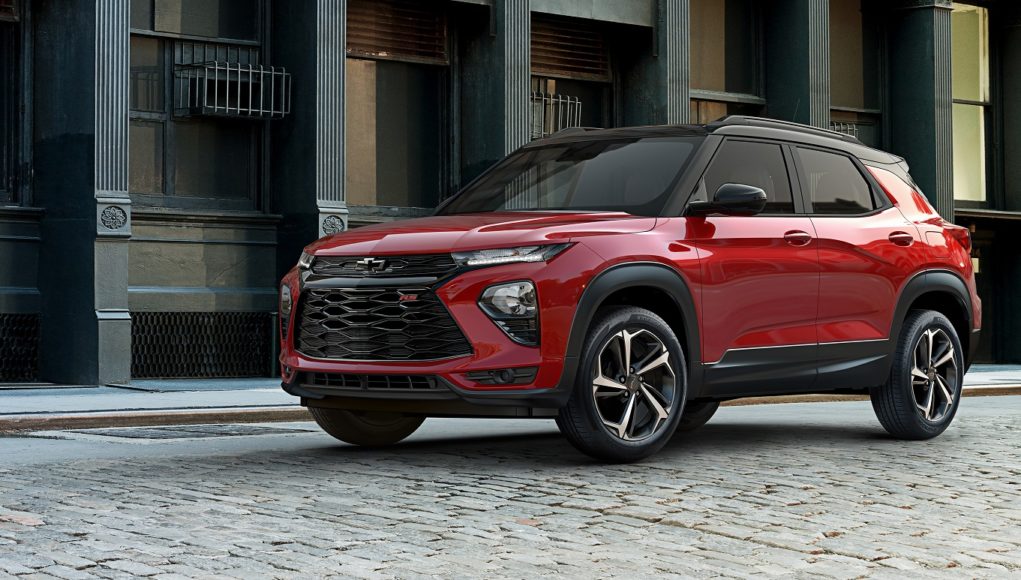 This morning Buick announced plans to add the Encore GX crossover to its lineup and now Chevy has revealed its own new crossover, the Chevy Trailblazer.

The 2021 Chevy Trailblazer will be positioned between the Chevy Trax and Equinox in the brand’s crossover lineup. The Trailblazer fills the same role as the Encore GX by offering a slightly bigger option over the Trax/ Encore.

Chevy hasn’t announced the official specs for the Trailblazer, but we can see that it does borrow some styling cues from the new Blazer. It will also arrive with a long list of safety features, like Front Pedestrian Braking, Automatic Emergency Braking and Lane Keep Assist with Lane Departure Warning. Adaptive Cruise Control, Rear Park Assist and a High Definition Rear Vision Camera will be optional.

The 2021 Chevy Trailblazer is slated to arrive in early 2020, so we’ll probably have to wait at least a few months to get all the official details.