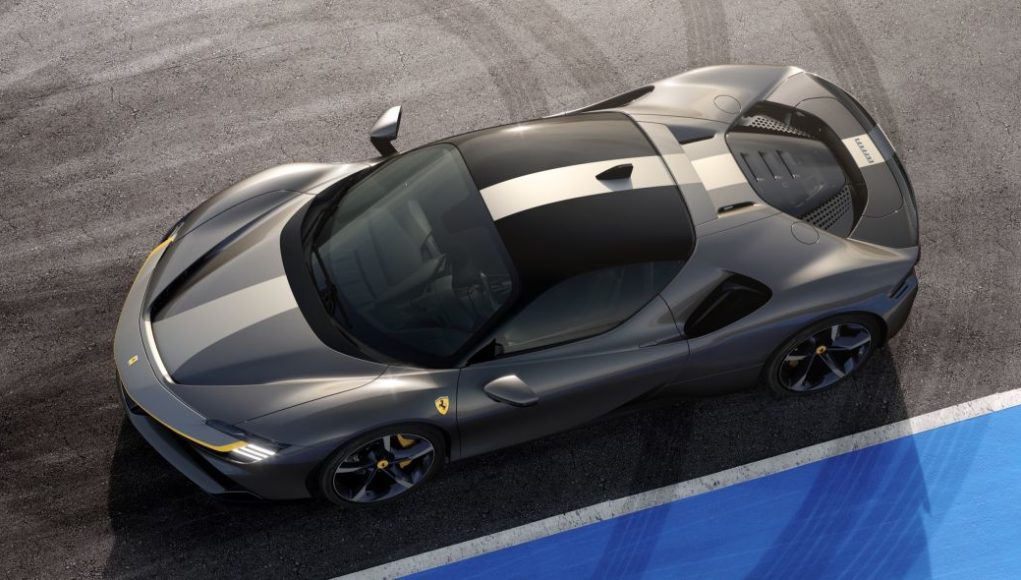 Ferrari has just unveiled its most powerful road-going car yet, the Ferrari SF90 Stradale. Yes 986 horsepower is nothing to scoff at, but what’s even better is that the SF90 Stradale is a plug-in hybrid.

The V8 is mated to an 8-speed dual-clutch transmission that shifts faster than in the 488 Pista. One cool feature is the fact that the transmission doesn’t have a reverse gear, since the two electric motors at the front are tasked with moving the SF90 Stradale in reverse.

Since it is a plug-in hybrid, the SF90 Stradale does have the ability to travel on electricity alone, but it can only do it for up to 15.5 miles. O-62 mph only takes 2.5 seconds and it has a top speed of 211 mph.

Ferrari has not announced the pricing for the SF90 Stradale, but it is expected to arrive next year.