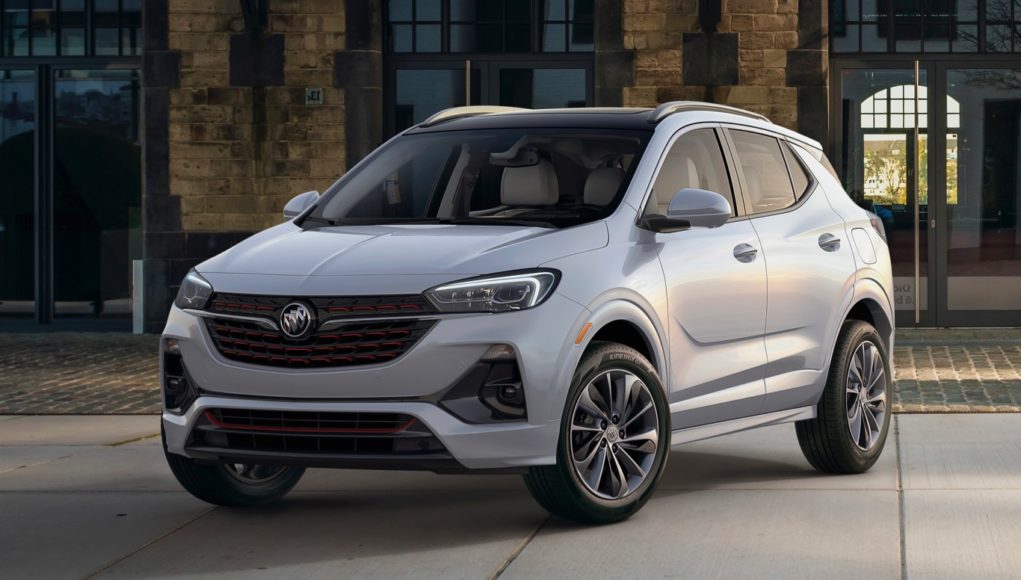 Buick’s sedan lineup may be in jeopardy, but its crossover lineup is about to get bigger starting next year. Buick has announced the addition of the new Encore GX, which will be positioned between the smaller Encore and the midsize Envision in Buick’s crossover lineup.

The 2020 Encore GX will have a longer wheelbase than the Encore, which will give crossover buyers another option that may find the Envision a bit too big for their needs. The Encore GX will not only offer a bit more space for your friends, but it will also have slightly more cargo space (5 cubic feet to be exact). Buick hasn’t announced the specifications for the Encore GX, but it will be powered by a turbocharged four-cylinder engine.

The Encore GX will come standard with a long list of safety features, like Front Pedestrian Braking, Automatic Emergency Braking, Forward Collision Alert and Lane Keep Assist with Lane Departure Warning. The Encore GX will also be available with the same Rear Camera Mirror system that’s offered in the Enclave.

“As we look to the future of Buick, the Encore GX positions us strongly as a consideration for those who want to purchase small or compact SUVs,” said Duncan Aldred, vice president, Global Buick and GMC.

2022 Buick Enclave gets a nice facelift

2021 Buick Envision makes you forget all about the last one