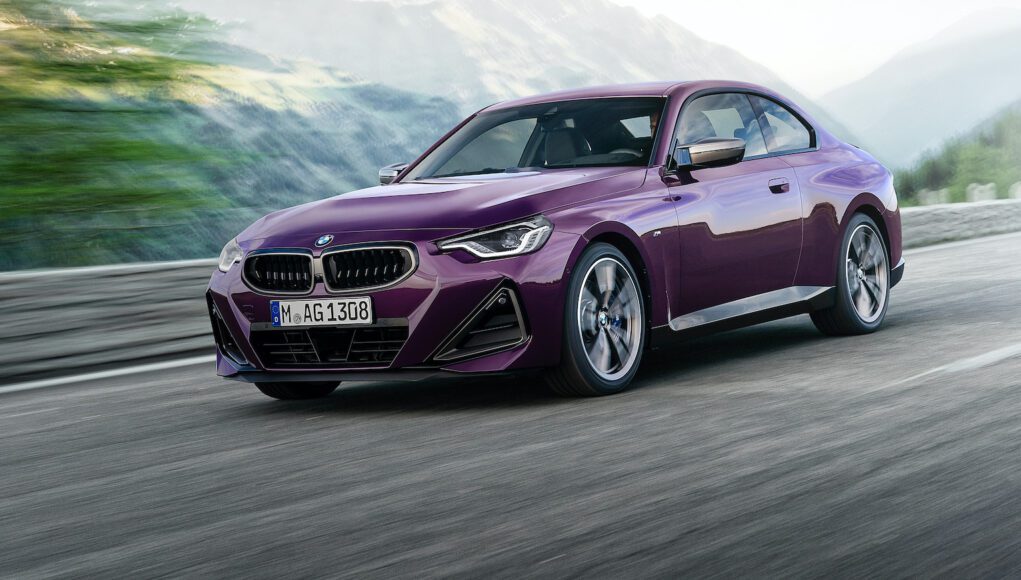 BMW has officially unveiled the 2022 2 Series Coupe, which is the second-generation of the small coupe. The good news is that just like before the 2 Series coupe sends its power to the rear or all four wheels, unlike the front-wheel drive based 2 Series Gran Coupe.

If you hate the grille on the new 4 Series, you’ll be happy to see that the new 2 Series coupe has a less polarizing version of the kidney grille. It’s also larger than its predecessor at 4.3-inches longer, 2.6-inches wider and a wheelbase that is 2.0-inches longer. The front track width has also been increased by 2.8-inches and the rear at 1.9-inches on the 230i and 2.5-inches at the front and 2.4-inches at the rear on the M240i. This translates to a bigger interior, which now has three more cubic feet of passenger volume without the moonroof.

Inside the interior looks familiar to other BMW models. There’s the similar touchscreen and an optional 12.3-inch digital gauge cluster.

The rear-wheel drive 230i is powered by a turbocharged 2.0-liter four-cylinder engine with 255 horsepower and 295 pound-feet of torque. It accelerates from 0-60 mph in 5.5 seconds and has a top speed that’s limited to either 130 mph or 155 mph depending on which tires you choose.

The M240i gets the turbocharged 3.0-liter inline-six that generates 382 hp and 369 lb-ft., that’s mated to an all-wheel drive system. It can do the 0-60 mph sprint in 4.1 seconds. Both engines are mated to an eight-speed automatic transmission.