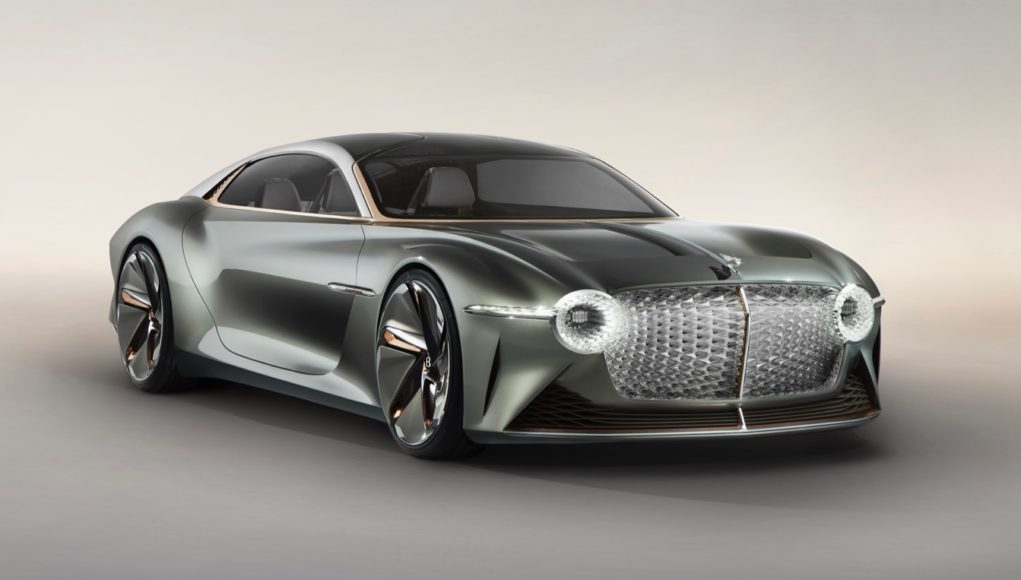 The Bentley EXP 100 GT concept does borrow some styling cues from the rest of the current Bentley family, but it also gets several stand outs, like a massive illuminated grille that’s comprised of 6,000 LEDs. The grille is flanked by round, beveled headlights.

Since the EXP 100 GT is all about the future, it’s no surprise that it also features autonomous driving technology. The concept features five self driving modes: Enhance, Cocoon, Capture, Re-Live and Customize.

“The Bentley EXP 100 GT represents the kind of cars we want to make in the future,” stated Stefan Sielaff, Director of Design. “Like those iconic Bentleys of the past, this car connects with its passengers’ emotions and helps them experience and safeguard the memories of the really extraordinary journeys they take.”