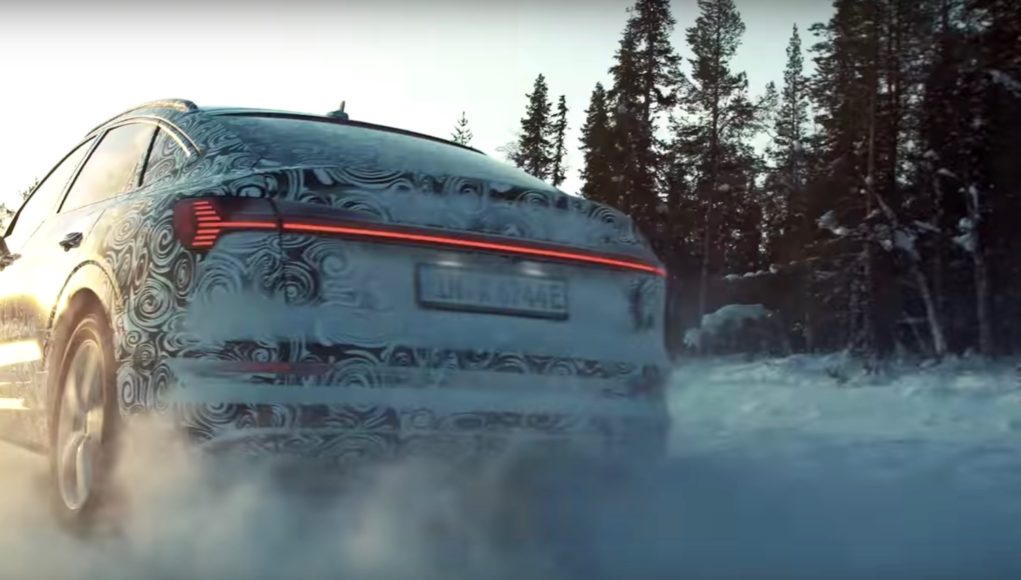 Audi hasn’t announced when it will reveal its next fully electric car, the e-tron Sportback, but it has released a teaser video of a prototype testing in Finland.

The Audi e-tron Sportback shares its DNA with the e-tron SUV, but it as its name suggests, it features a more coupe-like roofline. The e-tron Sportback is expected to enter production by the end of this year at Audi’s plant in Brussels, Belgium.

As of right now we don’t know the official specs for the e-tron Sportback, but the concept had a 310 mile range on Europe’s NEDC cycle. We should get more details soon.