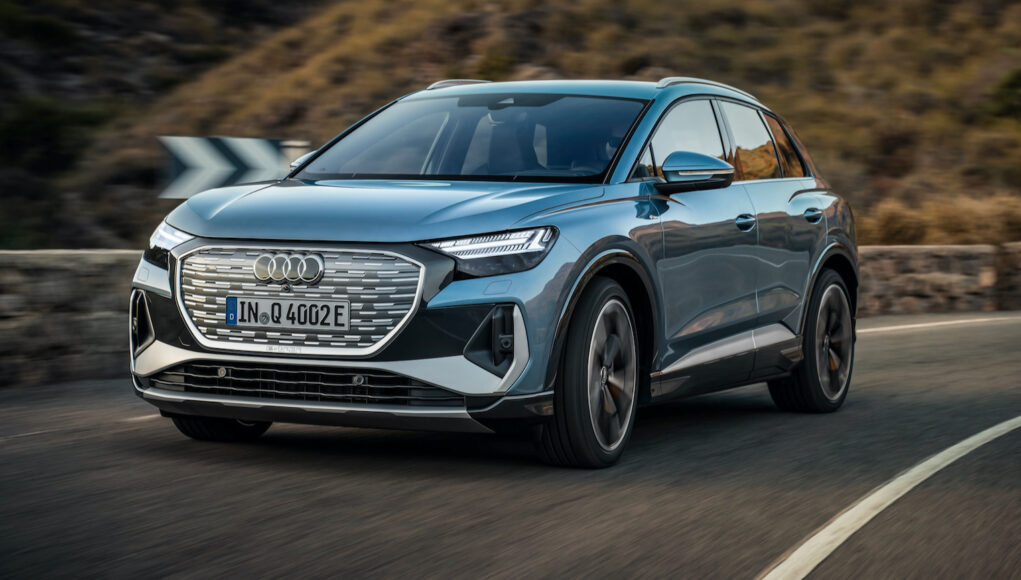 Audi has announced the pricing for the 2022 Q4 e-tron electric crossover, which starts at $44,995, including destination, but before any federal or state tax incentives are applied.

The Q4 e-tron will be available in two body styles, the standard Q4 e-tron or the sportier Q4 Sportback e-tron. The Q4 e-tron is also available with either rear- or all-wheel drive. The Q4 40 e-tron is powered by a single 201 horsepower electric motor and an 82 kWh battery. Audi has not announced the official EPA estimate for the single motor version, but it can accelerate from 0-60 mph in 7.9 seconds.

Audi Grandsphere concept is a sleek and luxurious electric sedan