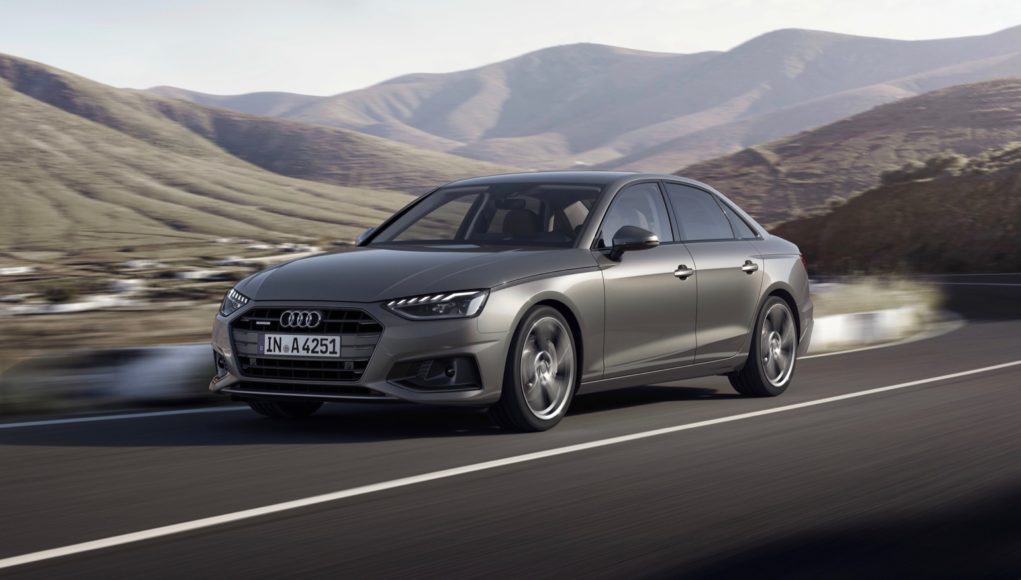 Audi has unveiled the updated 2020 A4, A4 Allroad and S4 models, which get refreshed styling, updated engines and more tech features.

At the front the 2020 A4 now sports a redesigned Singleframe grille, which is now broader and flatter than before. The front fascia also looks more aggressive thank to it has new LED headlights and daytime running lights. From the side there are new creases over the wheel arches that bring the 2020 A4 closer to the styling of the larger A6 and A8 models. At the rear the changes are smaller with the biggest update being new LED taillights.

Inside the A4’s interior doesn’t change much, but there is a new infotainment system, which ditches the former rotary knob controlled system for a touchscreen.

Audi hasn’t announced which engines will come to the US, but it is available in some markets with up to six engine choices. The new 3.0L V6 diesel engine available in the S4 features a new 48-volt mild-hybrid system, but sadly that engine isn’t expected to come to the US. There are also three transmission options to choose from, a six-speed manual, seven-speed dual-clutch transmission and an eight-speed automatic.

In the US we can probably expect the A4 to be offered with the same 2.0L turbocharged four-cylinder, while the S4 will get a turbocharged 3.0L V6.

Sales of the 2020 Audi A4 will begin this fall in Europe, but Audi hasn’t announced when it will arrive in the US.