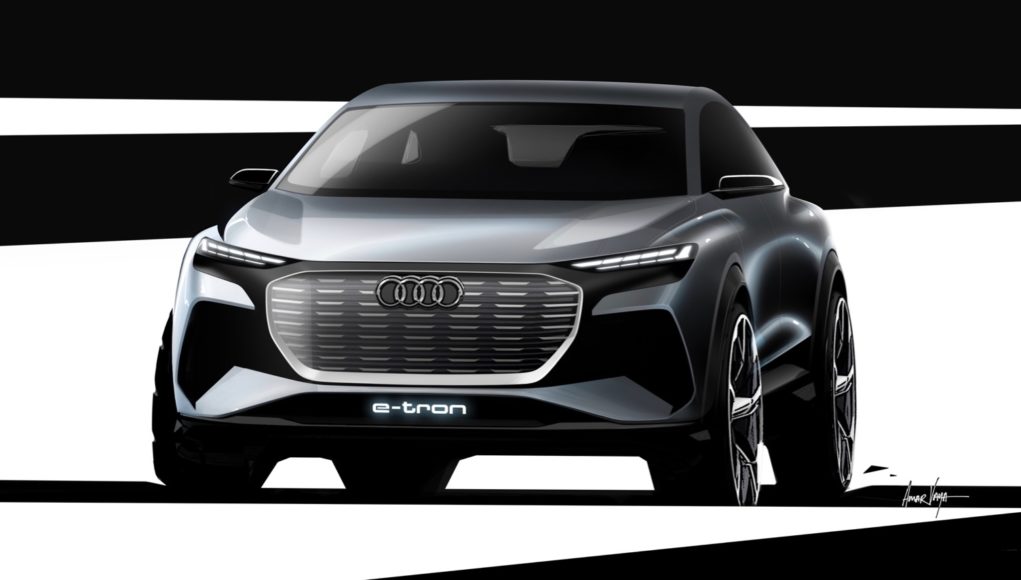 Audi is getting ready to give us another preview of its electrified future with the debut of the Q4 e-tron concept, which is going to debut next month at the 2019 Geneva Motor Show.

The Audi Q4 e-tron concept that previews another electric crossover that Audi will add to its lineup, below the e-tron and e-tron Sportback models. Audi says that the Q4 e-tron will arrive by the end of 2020 or early 2021.

We’ll have to wait until next month to get all the details about the Q4 e-tron concept, but we can see that it borrows some styling cues from the larger e-tron.