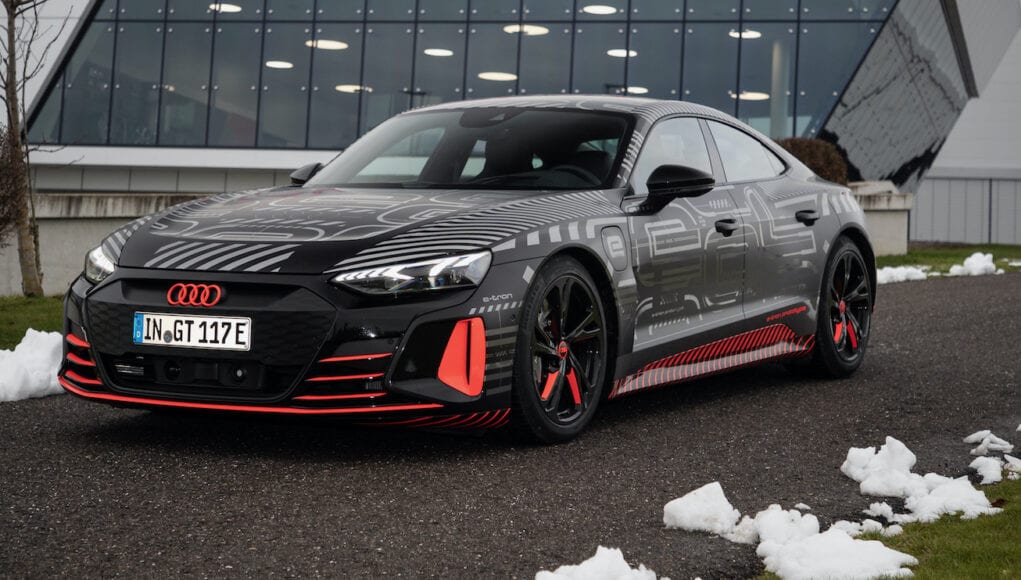 Audi has announced that it has started production of the Audi e-tron GT electric sedan ahead of its debut in February. Audi gave us a preview of the e-tron GT two years ago at the 2018 Los Angeles Auto Show and most recently it gave us another preview by showing off a prototype.

Production of the e-tron GT is taking place at Audi’s Böllinger Höfe in Neckarsulm, Germany, which is also where the R8 is built.

The e-tron GT is based on the same J1 platform as the Porsche Taycan, but luckily the two electric sedans don’t share any sheetmetal. The e-tron GT also features a three-chamber air suspension like the Taycan with adaptive dampers.

Audi has already confirmed the RS e-tron GT, which has a total of 684 horsepower and 612 lb-ft. of torque for buyers that want even more power.

A 83.7-kilowatt-hour battery pack will give the e-tron GT a driving range of at least 200 miles.