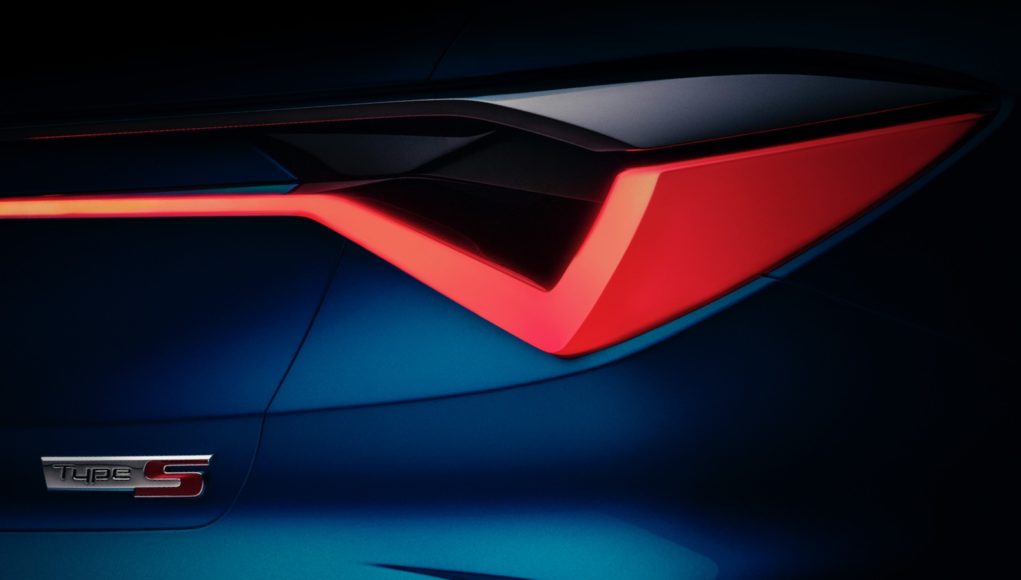 Acura is getting ready to re-launch its Type S high performance sub-brand and it’s going to preview its new sportier models with the debut of the Type S concept, which will be revealed during Monterey Car Week.

Acura has released a teaser of the Type S concept, which is clearly a sedan. According to Acura, the Type S concept, “sets the design direction for the return of Type S performance variants to the Acura lineup in the years ahead, delivering a striking expression of Acura performance with a powerful stance and expressive silhouette.”

The Acura Type S concept will debut at a private Acura reception on Thursday, August 15 and then make its public debut on Friday, August 16 at The Quail, a Motorsports Gathering. It will also be shown off at the historic Pebble Beach Concours d’Elegance Concept Lawn on Sunday, August 18.