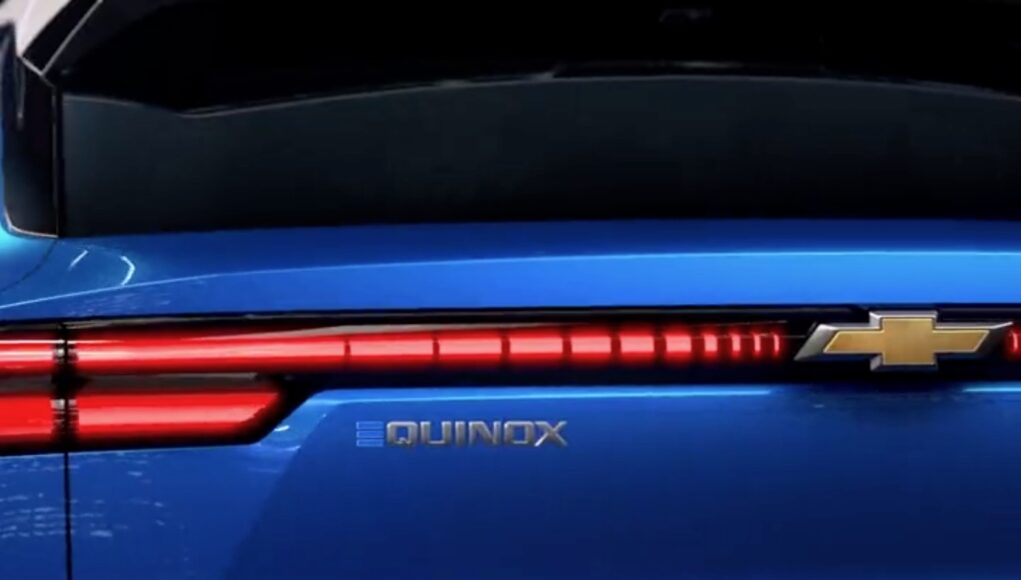 Chevy has released another teaser of the fully electric 2024 Chevy Equinox EV. This latest teaser shows off a blue Equinox EV with a white top and mirrors, compared to the red and silver versions we saw earlier this year.

The 2024 Chevy Equinox EV is slated to arrive in fall 2023, with the first version being the RS model. The LT model will be added to the lineup later. We don’t have a lot of details yet, but Chevy says that the pricing for the Equinox EV will start around $30,000. Although it will start in the $30k range, the first versions will cost a bit more.

The Equinox EV is based on GM’s Ultium platform, which should give it a driving range around 300 miles. Chevy has also confirmed a Blazer EV, which will be released after the Silverado EV pickup.